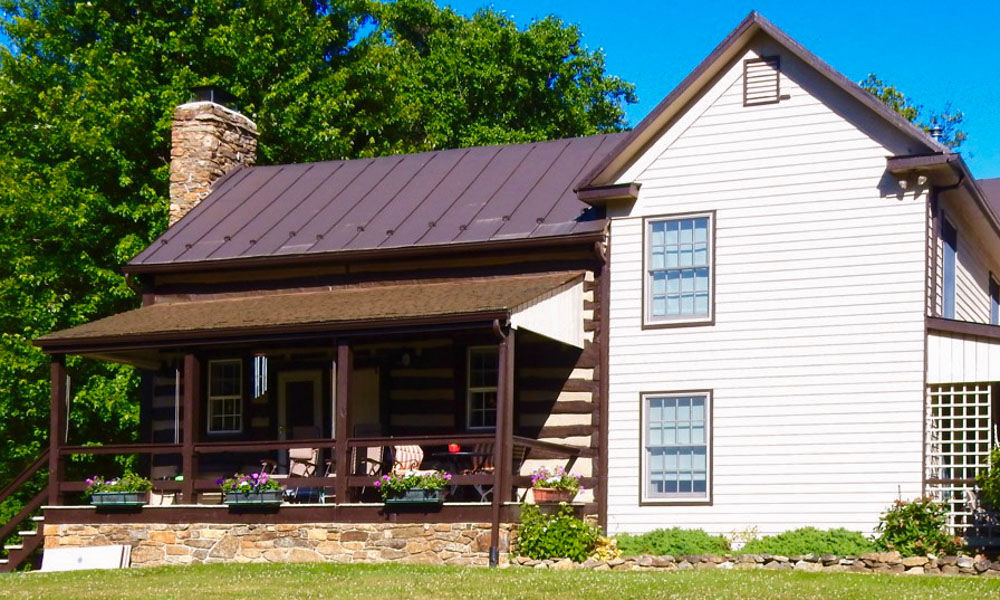 Three houses, spanning four centuries — an original log cabin of the 1700s incorporated into a home in Flint Hill. […] 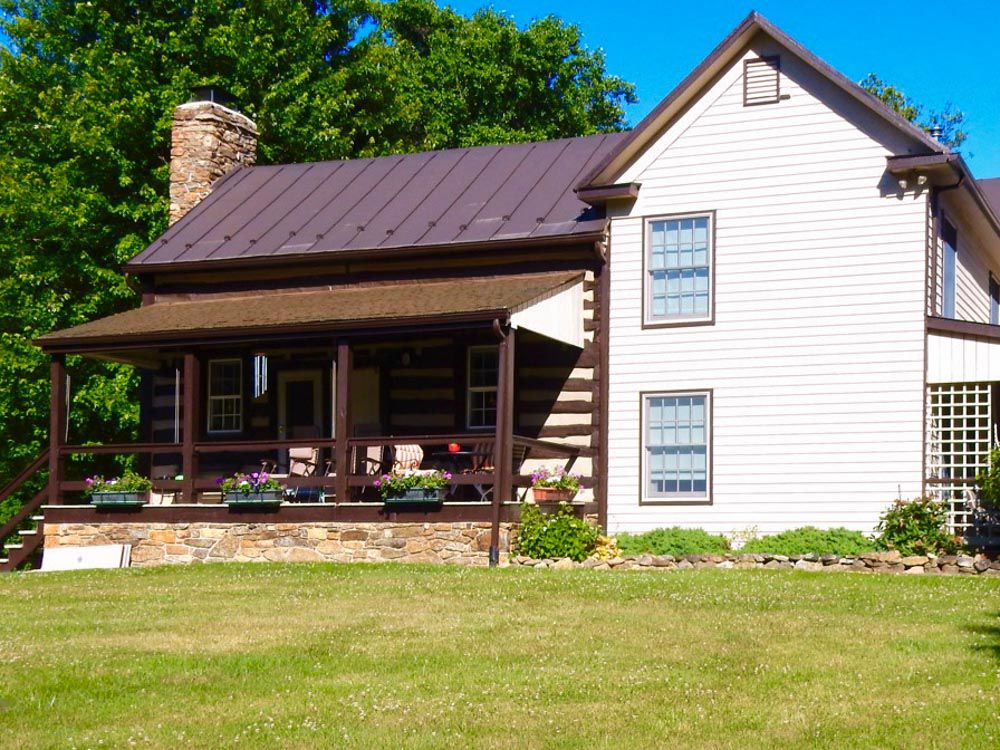 The original log cabin of Whispering Pines, outside Sperryville, dates to the 1730s. […]

Three houses, spanning four centuries — an original log cabin of the 1700s incorporated into a home in Flint Hill. […]

The original log cabin of Whispering Pines, outside Sperryville, dates to the 1730s. […]

A rare treat awaits visitors when they visit Whispering Pines during the Trinity House Tour Oct. 15-16. The oldest of the three houses on the annual tour and floral art sale, Whispering Pines, outside Sperryville, has been lived in for nearly 300 years, and it boasts of significant construction during three different centuries.

The original log cabin was built during the 1730s, and is unusual in that it consists of three stories — the cellar, the main room and the sleeping loft — along with an open back porch. Before 1840, there were large openings on both the floor and the ceiling of the main floor. This was to enable access to and from the cellar and the loft, with lean-to wooden stepladders.

Besides viewing the 1730s wide-planked flooring nailed with wooden nails in the loft, visitors will enjoy seeing such features as the original log beams, the two extant fireplaces (one of which was for cooking in the cellar) and one of the original glass panes in the early colonial window which slants out to the back porch. An antique apple stirrer and other farm tools, unearthed from various old rubbish heaps on the property, also are displayed in the cabin.

During the 1840s, a significant renovation and addition was undergone. The early Victorians added on a front main entry room with a large bedroom above. There was no bathroom, but a staircase was built to access the upstairs bedroom. The renovations, undertaken at the time when the home was a little more than 100 years old, included a plastering over to hide the logs of one wall of the log cabin, an entryway to access the cabin loft from the new bedroom and a covering over of the gap in the loft floor with planks held down by wooden nails.

A little more than a century later, during the 1950s, residents still had to use an outhouse and fetch their drinking water from a spring at the bottom of the hill.

Having owned the property since 1987, the current owners embarked on a third major addition and renovation in 2002. An upstairs master bedroom and a modern sitting room were added, while care was taken to keep the character of the original log cabin by adding such details as log beams in the ceilings and by continuing the flow and materials of the old tin roof. HVAC and plumbing carefully have been concealed with innovative solutions, including sections of lowered ceiling between beams, and an old wooden closet installed to hide ducts. Most exciting was the discovery of the original log-beamed front wall, and the air vent with wooden grate from the cellar, both of which had been covered over by the 19th-century occupants but now are exposed.

It is said that Bryans have always been up this hollow, and indeed, it is widely believed that Silas Lillard Bryan was born in this cabin in 1822, before Rappahannock County was formed. Silas moved to Illinois, became a state senator and later a circuit court judge. He fathered eight children, one of whom was William Jennings Bryan, a three-time U.S. presidential candidate, a U.S. secretary of state and a fierce opponent of Darwinism who was a flamboyant participant in the 1925 Scopes trial.

The wonderful landscaping and gardens have charming touches such as old-fashioned rope and plank swings and European-style cobblestoned drains. The home has a wide array of antique furnishings, and it is decorated with an eclectic art collection from Switzerland, Germany, France, the Eastern Shore and Rappahannock County.

This is a must-see for people interested in history, art, architecture, antiques and home construction.

For this special year — the 60th time the women of Trinity Episcopal Church have done it — the House Tour and Floral Art Sale are again during the third weekend in October — Oct. 15-16. The Diamond Jubilee house tour features three houses, spanning four centuries, that are open to visitors — an original log cabin of the 1700s incorporated into a home, a craftsman home in the town of Washington and a recently built, modern and ecologically sound home.

Tickets for the tour are available at Trinity Episcopal Church in Washington and at each house on the days of the tour. Hours are 11 to 5 Saturday, noon to 4 on Sunday. The tour costs $30 for all three homes, or $10 to see a single house.

Tea is served 4 p.m. Sunday at the church campus on Gay Street in Washington, with a festive Evensong service 5 p.m. Floral art, wreaths and preserved arrangements will be sold both days of the tour. For more information, visit trinwash.org/SaleTour or call 540-675-3716.