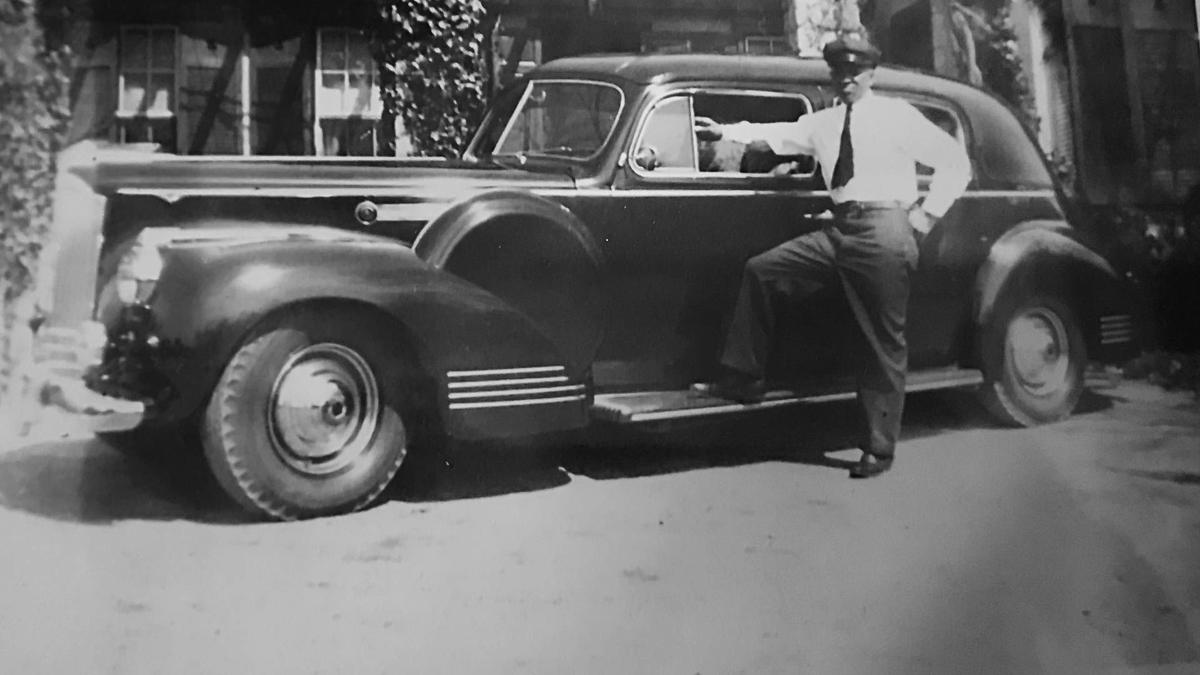 He was a good friend," Mary said of Mrs. Gordon's butler and chauffeur Charles Smith. 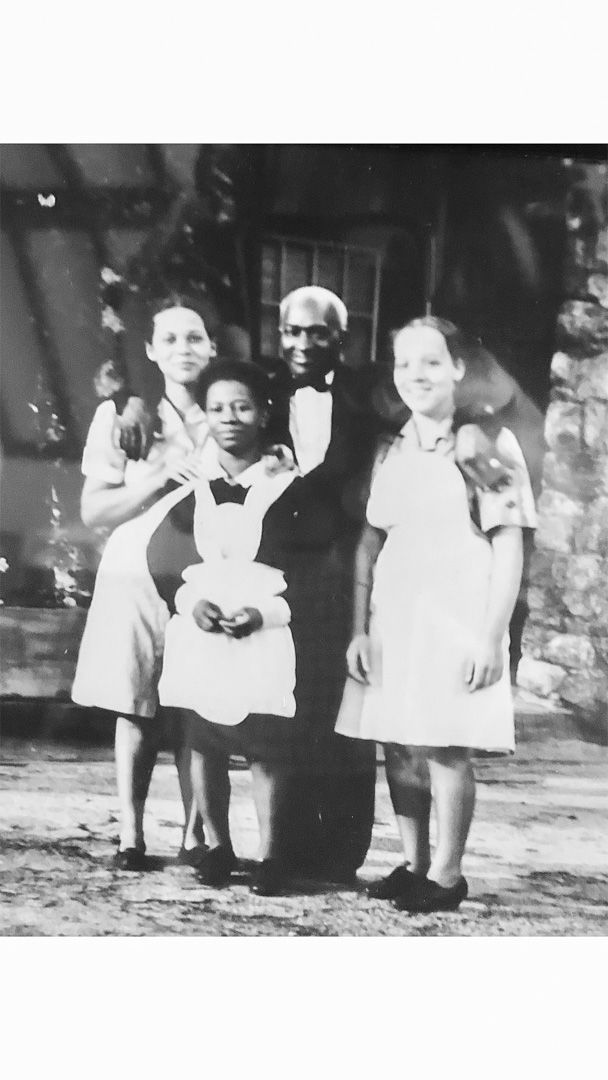 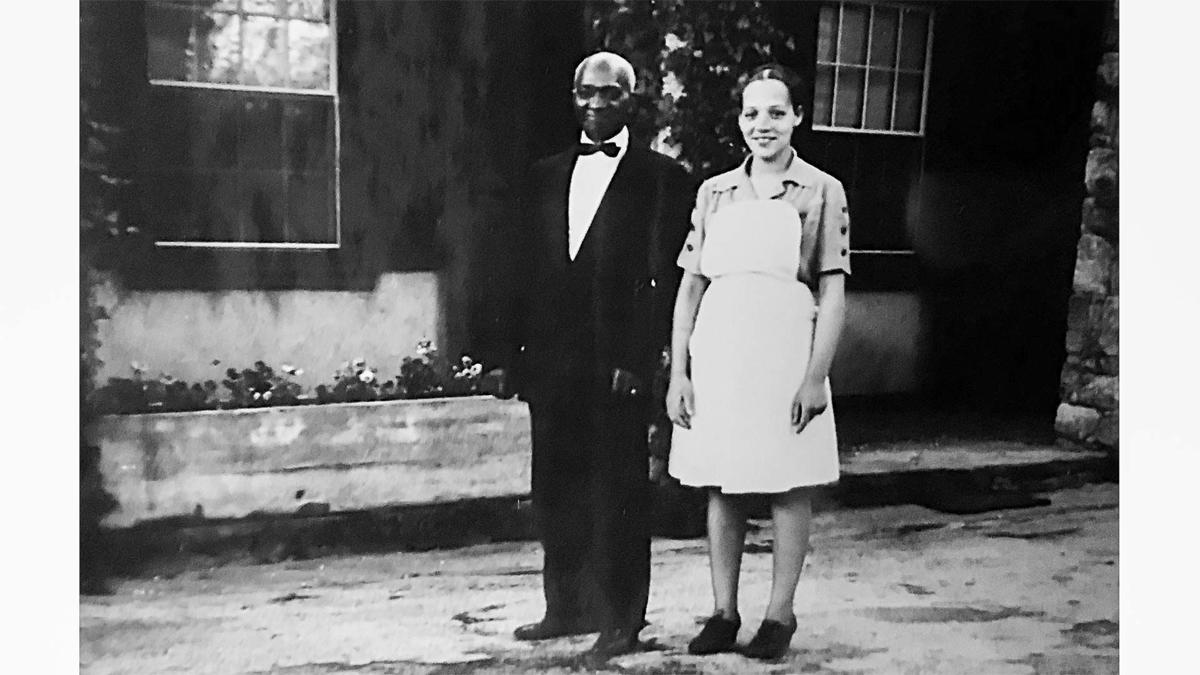 Cassie, who worked the longest for Mrs. Gordon, poses for a photograph in Huntly with butler and chauffeur Charles Smith. 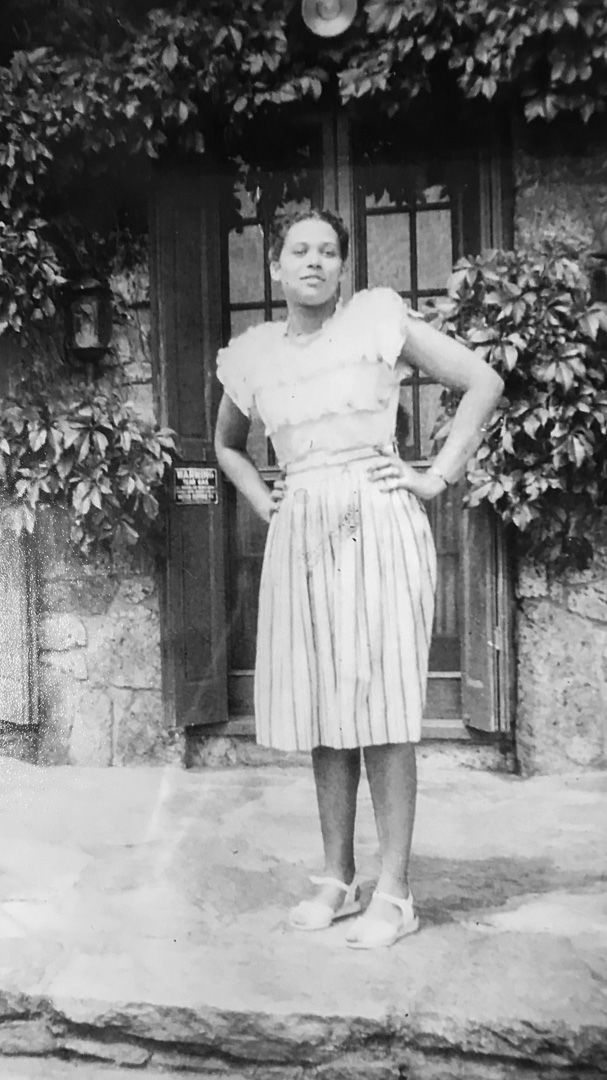 Mary Jasper models a nice outfit in the driveway of the Gordon estate — today's Glen Gordon Manor — during the 1940s. 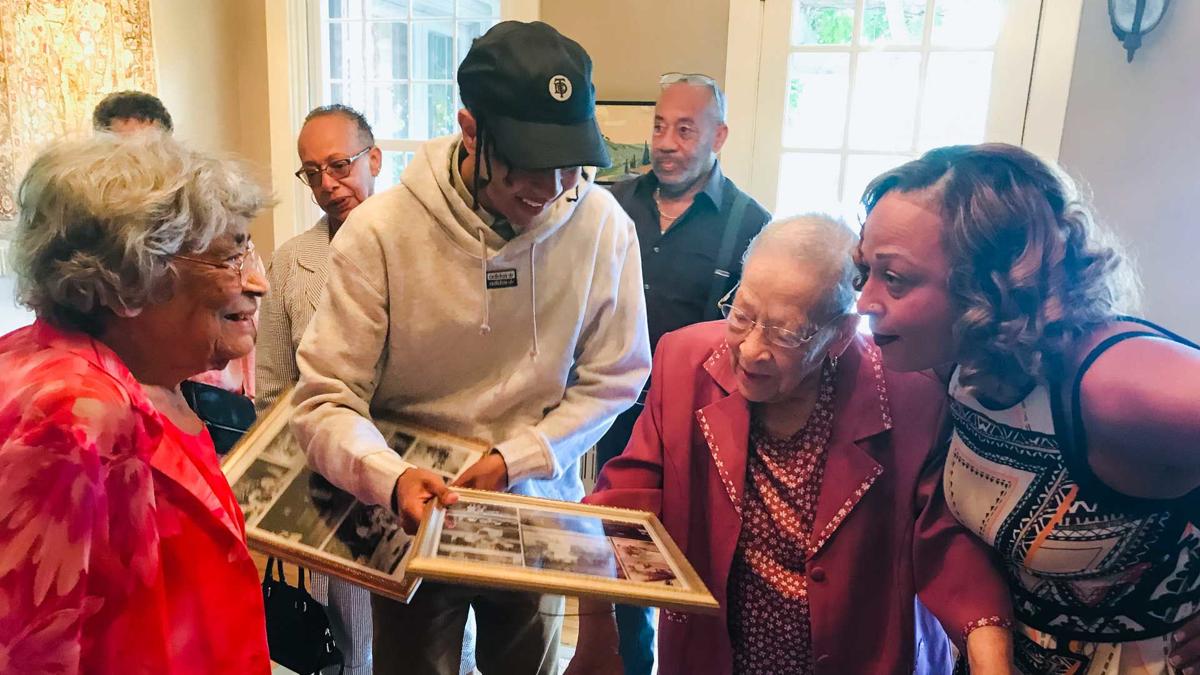 The Jasper sisters — Mary (left) and Cassie (second from right) — are surprised by their grandson, 23-year-old Antoine Timbers of Los Angeles, who displays photographs of the years they spent at Glen Gordon Manor during the 1940s, when it was a private estate. 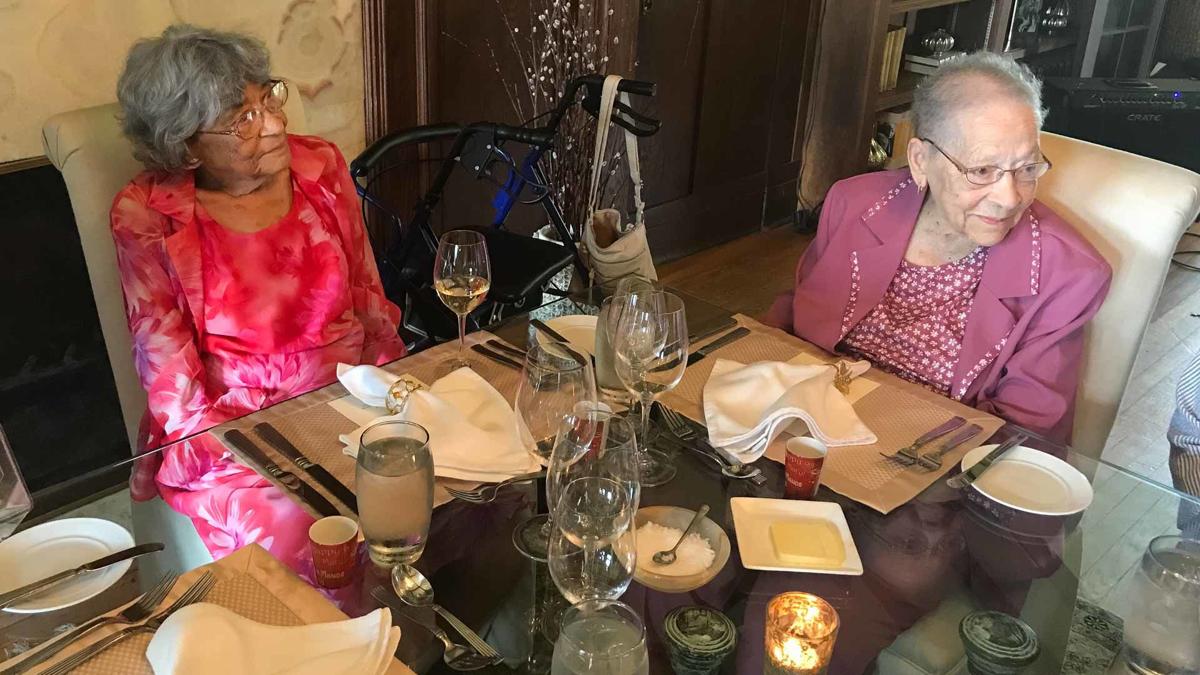 Mary (left) and sister Cassie Jasper are seated for a surprise luncheon in their honor at today's Glen Gordon Manor in Huntly, where they once cooked, served and cleaned when it was a private estate.

‘Our family history is a part of this place’

Mary and Cassie Jasper — 95 and 93 years young respectively — still recall the German POWs who labored in the fields surrounding the private Gordon estate in Huntly, where the sisters cooked, served and cleaned during the 1940s. While their halting English prevented the prisoners from ever saying much, their polite gestures and growling stomachs did plenty of talking.

“They couldn’t speak the language,” Mary explained to her daughter, Janet Timbers of Harrisonburg, describing how the two young sisters, who grew up in Huntly, would occasionally provide the POWs with cold drinks or a bite to eat. “The universal language was food.”

On a recent Saturday, the two ageless Jasper sisters finally got their turns to be served — a surprise luncheon in their honor at today’s renowned Glen Gordon Manor — where they were once employed.

“They worked for the family matriarch, whom they called Mrs. Gordon,” explained Timbers, who arranged for the special luncheon attended by 30 close friends and family, including a grandson and niece who arrived from California. “I never heard my mother or aunt say anything negative regarding working for Mrs. Gordon or at the Gordon estate. They both eventually moved to Baltimore to work for Mrs. Gordon.”

In fact, Mary and Cassie’s father and mother — George (born in 1890) and Julia B. Jasper — were themselves employed by Mrs. Gordon before their daughters joined her small staff.

“My mother learned to cook here,” noted Timbers. “They threw a lot of parties. Mom would go to Pennsylvania with Mrs. Gordon and also to her Baltimore home. She and her sister were strong African American women. The road wasn’t always easy back then, but they leaned on each other for support.”

Now, rather than catering to Mrs. Gordon and her many guests, Mary and Cassie all these decades later are seated at the manor’s large dining table, where Glen Gordon innkeeper and esteemed chef Dayn Smith gladly handles the cooking.

The ladies — Mary lives today in Front Royal, Cassie in Baltimore — were delighted to peruse the many black and white photographs the family compiled from their days at the Gordon estate, while in the background a saxophonist played Louis Armstrong’s “What a Wonderful World.”

“There is nothing but good stories here,” California oncology nurse Stephanie Banks remarked in a toast to her two aunts after a prayer was offered and lunch served by Glen Gordon’s attentive staff. “Our family history is a part of this place.”

Editor’s notes: To free up manpower on the European front, the U.S. War Department in 1942 began moving Axis prisoners to POW camps primarily in the southern United States. Virginia housed more than 17,000 German POWs during World War II, with one primary base camp between Chester Gap and Front Royal. Helping to alleviate wartime shortages, many of the POWs provided agricultural labor for local farms and orchards, including in Rappahannock County. Prisoners were picked up each morning, often accompanied by a single guard, and returned to their camps in the evening.

Over the years, Glen Gordon Manor, a luxury country inn set on 45 acres in Huntly, has hosted members of the British Royal Family and set the scene for many memorable hunts and balls. It traces its roots to 1833 as a Wells Fargo stagecoach stop. Located at 1482 Zachary Taylor Highway in Huntly, it offers guests rooms and fine dining. Phone 540-636-6010 or visit www.glengordonmanor.com

A mix of clouds and sun early, then becoming cloudy later in the day. High 44F. Winds light and variable.

Rain showers in the morning will evolve into a more steady rain in the afternoon. High 44F. Winds light and variable. Chance of rain 80%.