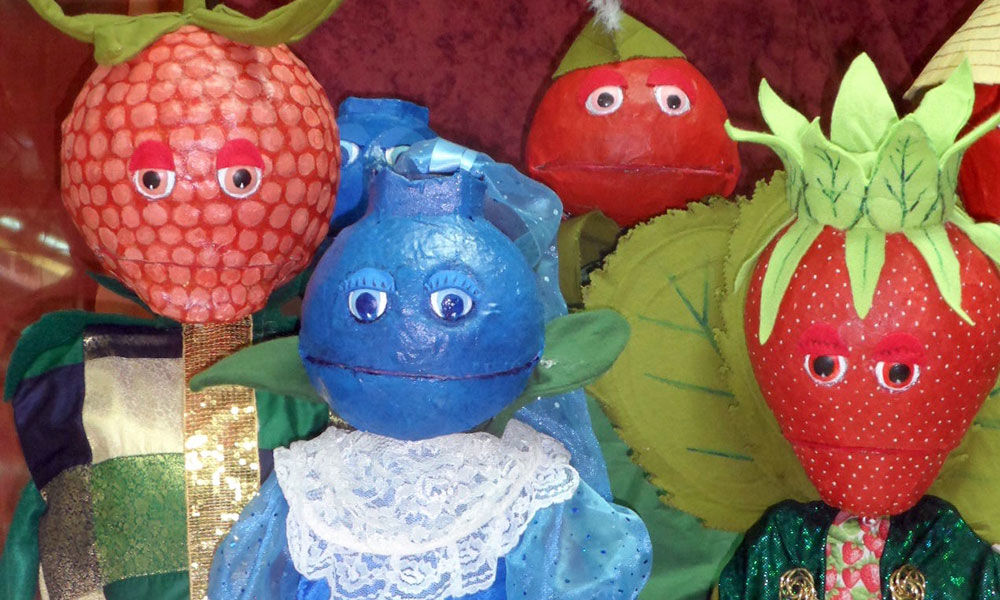 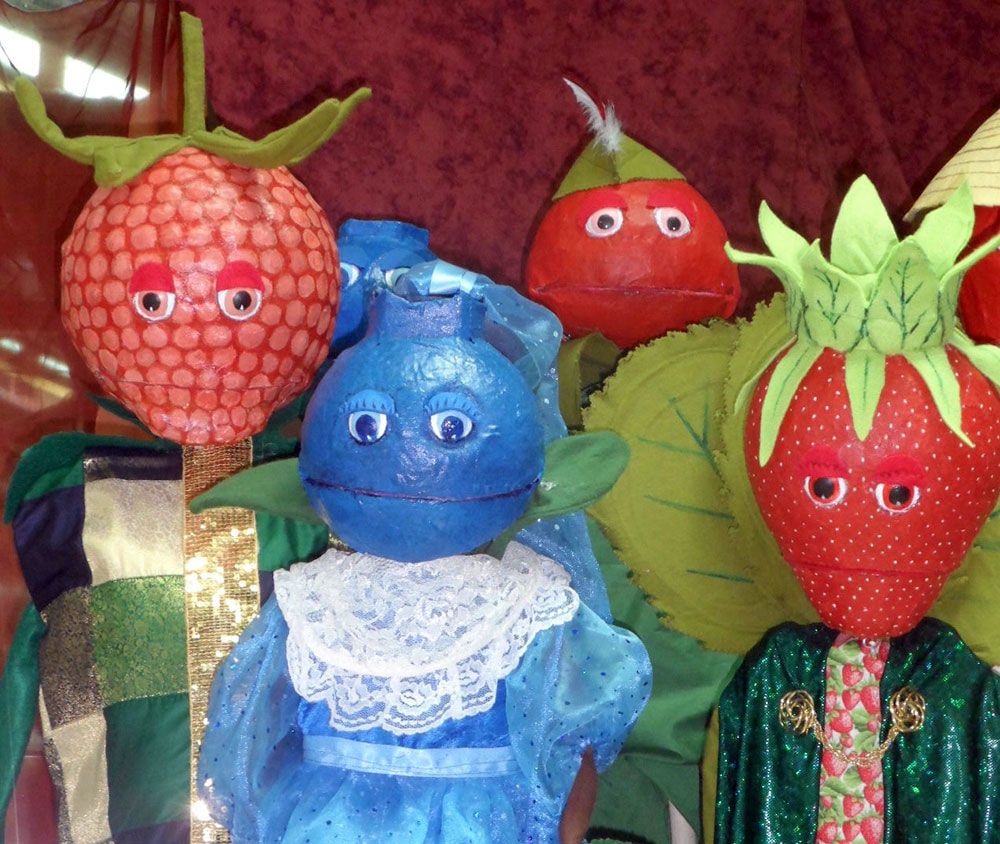 Some cast members of Goodlife Theater’s “A Berry Tale,” scheduled to ripen June 25 in Slate Mills. […] 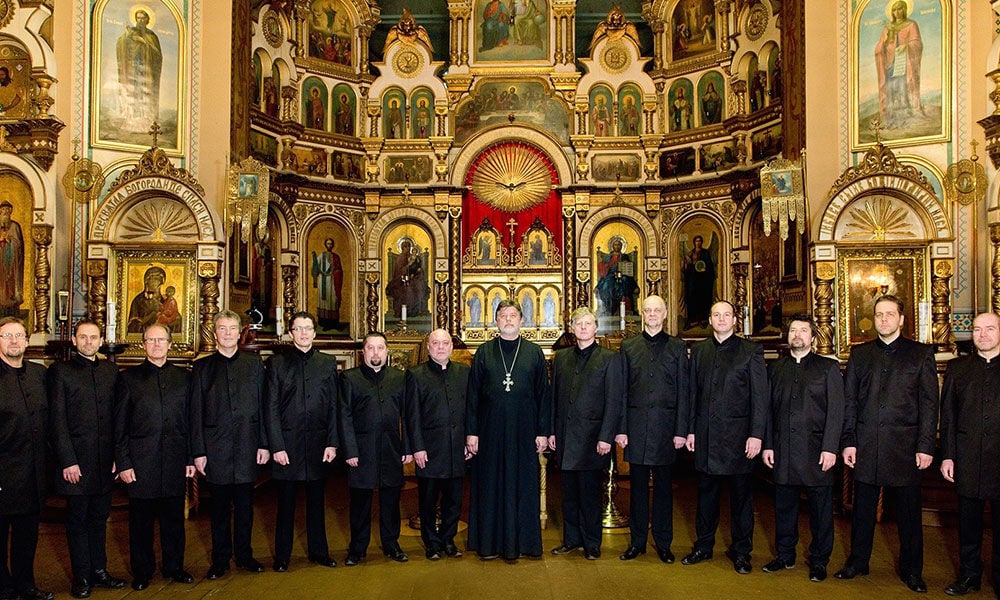 Koris Logo from Latvia tours America for the first time and make their first stop at the Castleton Theatre House June 25. […] 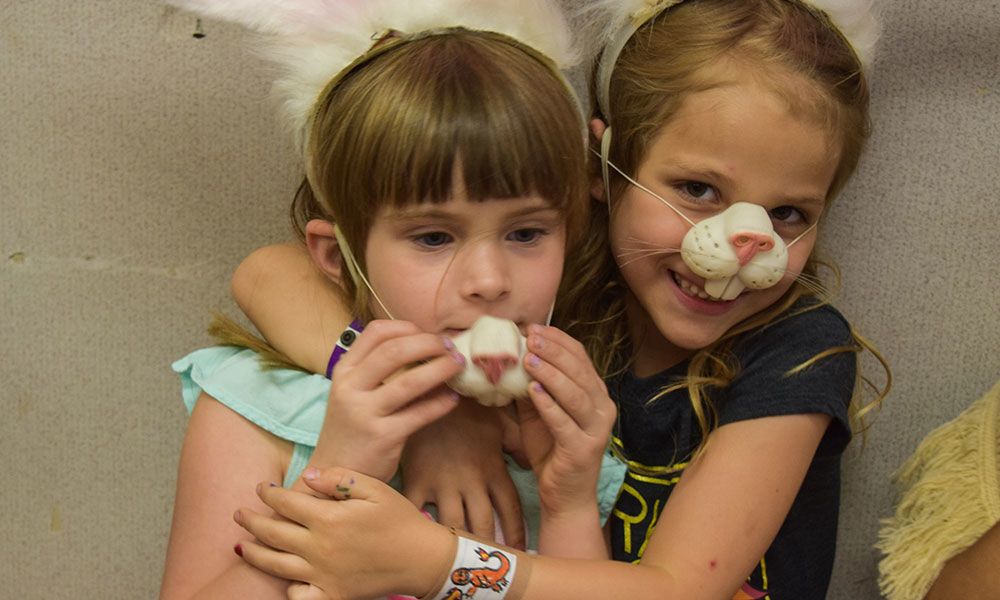 CCLC children prepare for their roles as bunnies and hedgehogs at the CCLC Garden Party on June 25. […] 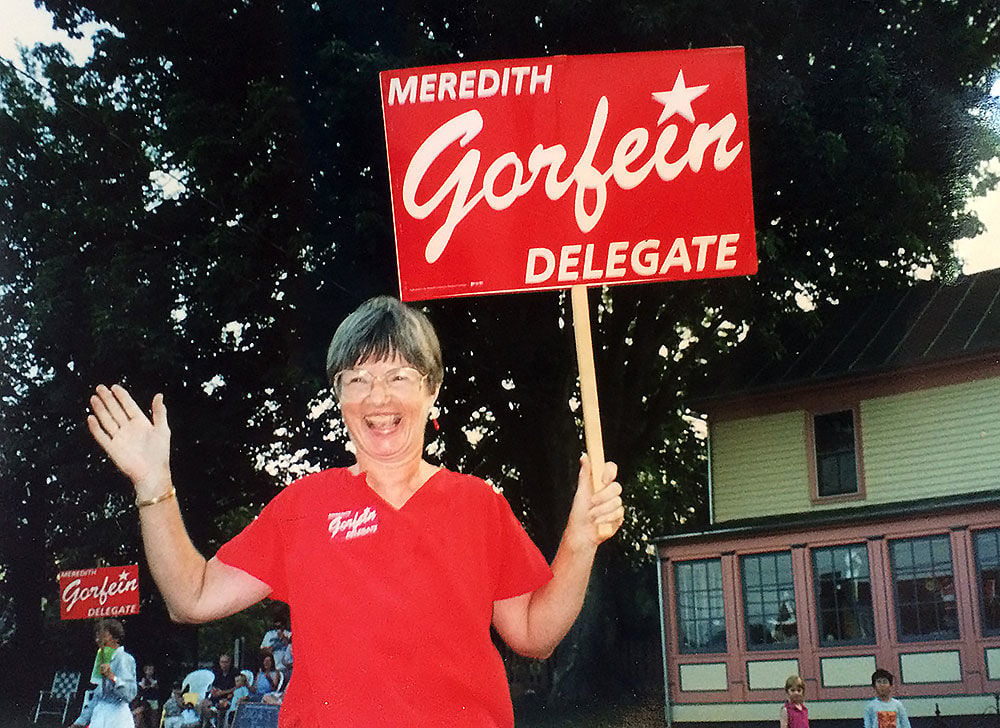 Meredith Gorfein during her campaign for the Virginia House of Delegates in 1999. […]

Some cast members of Goodlife Theater’s “A Berry Tale,” scheduled to ripen June 25 in Slate Mills. […]

Koris Logo from Latvia tours America for the first time and make their first stop at the Castleton Theatre House June 25. […]

CCLC children prepare for their roles as bunnies and hedgehogs at the CCLC Garden Party on June 25. […]

Meredith Gorfein during her campaign for the Virginia House of Delegates in 1999. […]

A reminder that next week is the big event — Amissville Volunteer Fire and Rescue’s annual carnival starts at 7 p.m. each night, Wednesday through Saturday, June 22-25 — with the big parade along U.S. 211 starting at 6:45 Thursday, June 23, rain or shine. Come by for amusement rides, games, food and pageantry every night at the carnival (including after the parade); for more information, visit amissvillevfr.org.

Residents of the nine counties bordering Shenandoah National Park, including Rappahannock, get in free this Saturday (June 18) for the park’s annual Shenandoah Neighbors’ Day. Show your Virginia driver’s license at the gate and the park’s usual $20 vehicle fee will be waived. There are also 10-percent food and retail-shop discounts at park concessions and a 20-percent discount at the Shenandoah National Park Association bookstores at the Dickey Ridge and Byrd visitor centers.

Stop by the “Community Connections Tent” at Byrd Visitor Center (mile 51) from 9 to 4:30 to learn about the rich heritage and diverse activities, events, and amenities available in our surrounding communities.

Special events on Saturday include a 10 a.m. program by Jeff Alt, author of “Get Your Kids Hiking: How to Start Them Young and Keep It Fun” at the Byrd Visitor Center auditorium. Jeff teams up with park rangers to lead kids and accompanying adults on a short hike loaded with hands-on family hiking tips and ways to explore the outdoors. This short family stroll turns a walk in the park into a fun-filled, multi-dimensional adventure. Learn how a few simple techniques and some basic equipment can turn any walk in the woods into a safe, fun-filled adventure that kids of all ages and parents will enjoy.

The Centennial Celebration Concert Series’ “Music in the American Wild” performance is 1:30 p.m. in the Byrd Visitor Center auditorium — and follows the free “Music in the American Wild” concert at 7 p.m. tomorrow (Friday, June 17) at the Theatre in Washington. Both concerts are part of a new music initiative honoring the centennial of the National Park Service by performers affiliated with Eastman School of Music, who’ll be premiering 11 new distinctly American works inspired by the history and wonder of the national parks.

Meredith Gorfein, “was absolutely fearless,” says Hank, her husband of 34 years. “She wasn’t afraid of anything and it stood her in good stead” as she faced the ravages of Alzheimer’s. Meredith died of cancer in January at the age of 71.

Hank will hold a memorial program for Meredith at 1 p.m. Sunday, June 26, at Wakefield Country Day School (1059 Zachary Taylor Hwy., Huntly). A reception will follow. Anyone who knew Meredith is invited.

Hank plans to make a few remarks about Meredith’s remarkable life that included stage managing at Arena Stage and the Barns of Wolf Trap, serving on the Rappahannock County School Board, running for the state assembly against a three-time incumbent, waitressing at the Inn at Little Washington, and chairing the Rappahannock Democratic committee. Locally, she is perhaps best remembered for her smiling presence at the former eCow on U.S. 211 at Ben Venue, the Sunnyside Market in Little Washington and then at the Corner Store and Thornton River Grille in Sperryville.

“Whoever wants to speak at the memorial program will be invited to do so,” says Hank. “It will be a very simple program, like a Quaker ceremony. And then we’ll eat.”

For questions or additional information, call Hank at 540-675-3515 or email him hankdem@gmail.com.

Child Care and Learning Center is celebrating its 40th year with a grand Beatrix Potter-themed Garden Party fundraiser at Mountain View, the home of Ross O’Donohue, on Saturday, June 25 from 5 to 8 p.m.

Whether you are a founder, a parent whose children have attended, a former student or one of CCLC’s longtime and new supporters, you’re invited to enjoy, as always, wonderful food, a fabulous silent auction and a few live auction items with a special auctioneer. There will even be several hedgehogs, mice and bunnies in attendance.

A testament to CCLC’s long tradition of high-quality childcare education is the fact that many of CCLC’s early attendees are now watching their children (and grandchildren) benefit from the multitude of programs and offerings. As the only nationally accredited child care center in the Piedmont five-county area, CCLC is particularly proud that it continues to innovate and its new Children and Nature program has truly taken off.

Two professional choral ensembles from Europe — Italy’s Musicaficta and Koris Logo from Latvia — are touring America for the first time, with a stop, 4 p.m. June 25, at the state-of-the-art Castleton Theatre House.

The program is a mix of ancient orthodox sacred music, classical polyphony and modern works by such composers as Giovanni Pergolesi, Archangelski, Pablo Casals and John Tavener. Be prepared to hear the luscious sounds of the 16th-century Renaissance as well as traditional folk songs.

“We’re so pleased to welcome Musicaficta and Koris Logo to Castleton,” says CEO and Artistic Director Dietlinde Turban Maazel, “and believe that the incomparable acoustics of the Theatre House will be equally thrilling to both the singers and the audience. These songs were meant to be sung here.”

The 138-seat air-conditioned proscenium theatre has an orchestra pit and seating on the orchestra level and in the balcony. It is the more intimate of the two venues on Castleton Farms. Castleton in Performance has partnered with Classical Movements, one of the world’s leading concert planning and music management companies, to bring these premier artists to the foothills of the Blue Ridge Mountains. This concert is part of Classical Movements’ 2016 Serenade! Washington, DC Choral Festival.

The Italian choir Musicaficta was founded in 2001 by its present director Andrea Angelini. Angelini is a sought-after artistic director and guest conductor, most notably the artistic director of the International Festival Voices from America and the Sound of the Organ held annually in Rimini each spring. Musicaficta is an ensemble featuring male and female voices. Their set consists of mostly sacred music, such as “Crux Fidelis” arranged by Colin Mawby and “O Vos Omnes” arranged by Pablo Casals, but it also extends to pieces like “The Blue Bird,” a poem by Mary Coleridge set to music by Charles Villiers Stanford.

Male chamber ensemble Koris Logo traces its roots to the “Singing Revolution,” which restored independence to Latvia in the late ’80s, and a resurgence of popular interest in traditional sacred choir music. Leading the Latvian Culture Fund’s Choir during the ’90s, conductor and priest Ioanne Shenrock gave many performances in Latvia, Russia, Germany, and elsewhere in Europe, receiving recognition at international festivals and competitions. In those days the most impressive achievement of the choir was definitely Apocalipsis, a monumental piece by contemporary Russian composer Vladimir Martinov. The choir’s public debut was made at the liturgical church service in the Nativity of Christ Cathedral in Riga, the capital of Latvia. They will sing ancient and contemporary Orthodox compositions, as well as a few Latvian folk songs.

Puppet show for a berry good cause

The Goodlife Theater’s premiere performance of their newest puppet production, “A Berry Tale,” is set for 10 a.m. and 2 p.m. Saturday, June 25 at Goodlife’s studio in Slate Mills, and offers a chance for some family fun and community service in one trip.

The creation and performance of this new production is funded in part by a generous grant from RAAC’s 2016 Claudia Mitchell Arts Fund. This grant makes the show free — but after the performance, Goodlife asks that attendees stay to pick some of their blueberries for the Food Pantry. (Donations for the pantry will also be accepted if you’re unable to pick berries.)

Reservations must be made by phone or email. Space is limited, and no one will be admitted without a confirmed reservation. Plan now to attend by contacting Goodlife Theater’s Joe Pipik or Jeanne Wall at 540-547-3100, or email goodlifetheater@gmail.com.