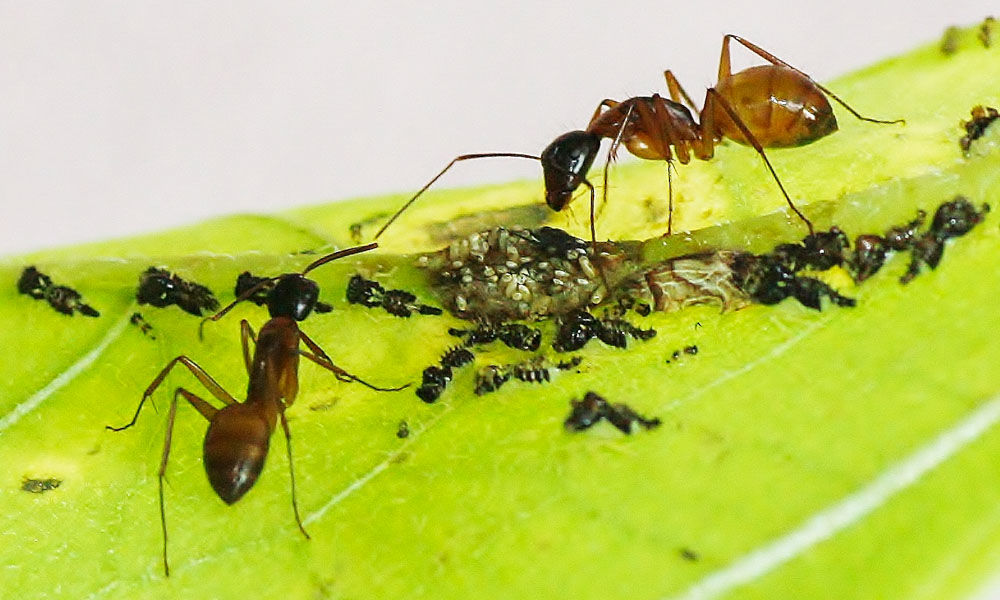 While the heat and humidity of the past few weeks may have been crushing for us humans, it has kicked off the courting calls of many insects, while others have been busy farming. […] 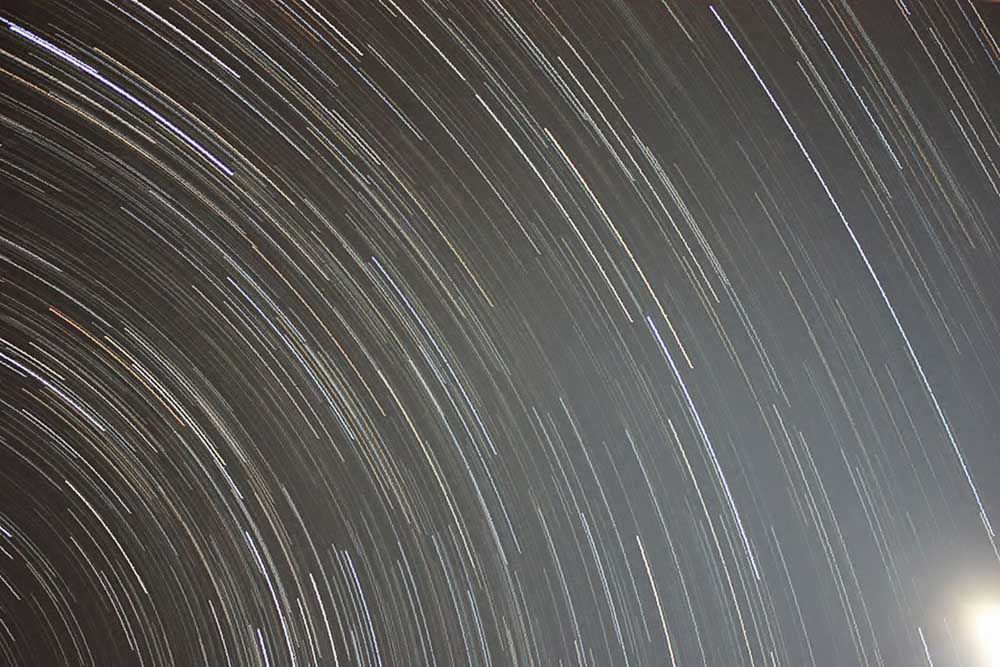 A time-lapsed photo of the annual Perseid meteor shower, shot in August 2009. […] 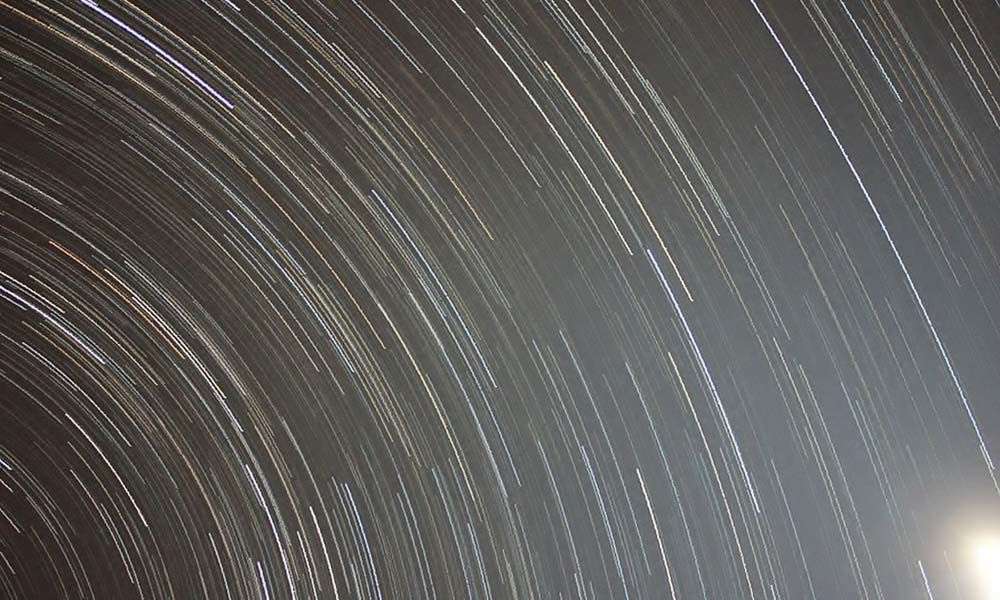 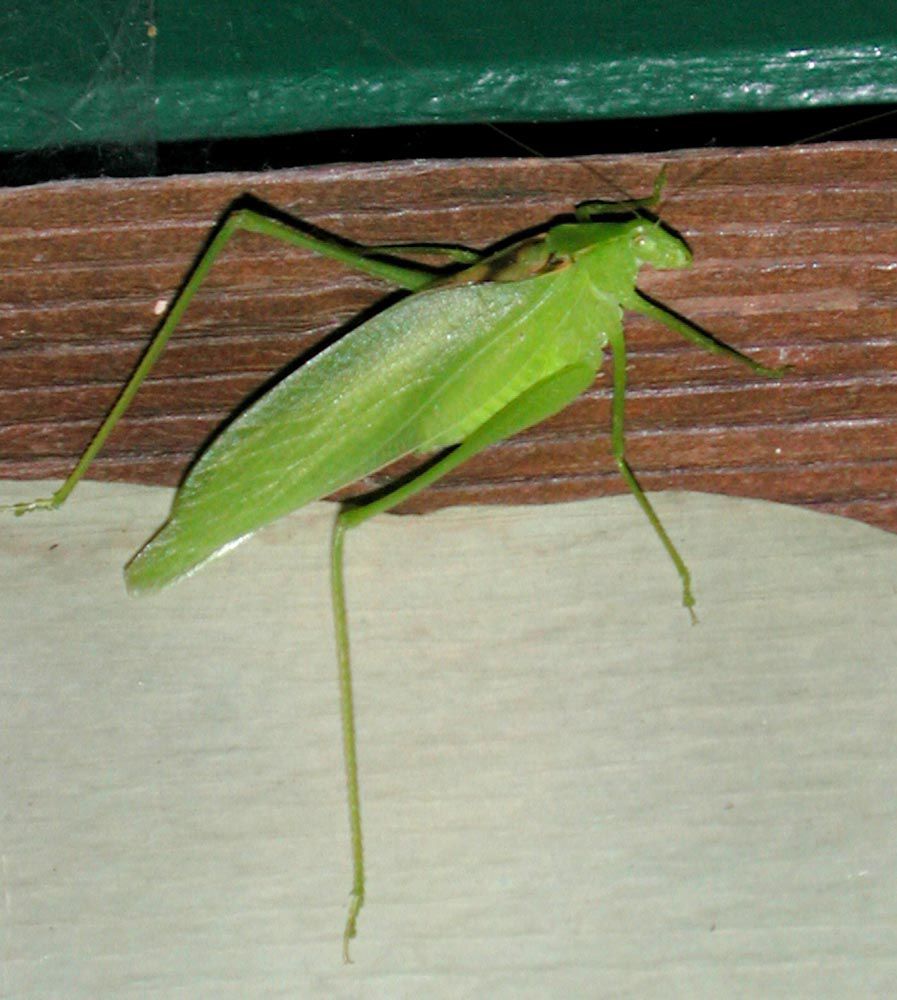 An area at the base of the forewings of katydids and crickets (brown on the male oblong-winged katydid in the photo) is specially modified to produce sounds that attract females. […] 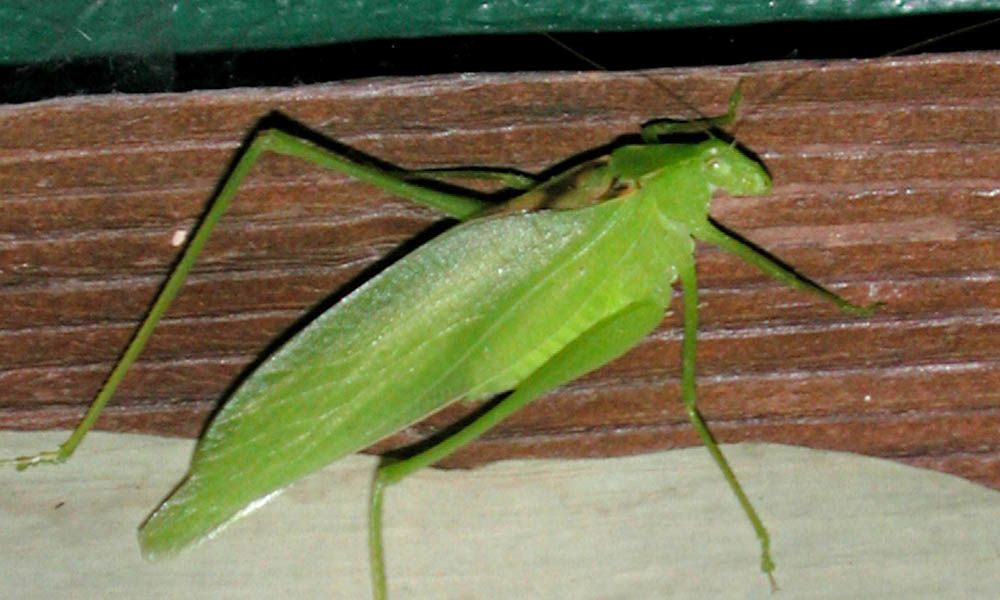 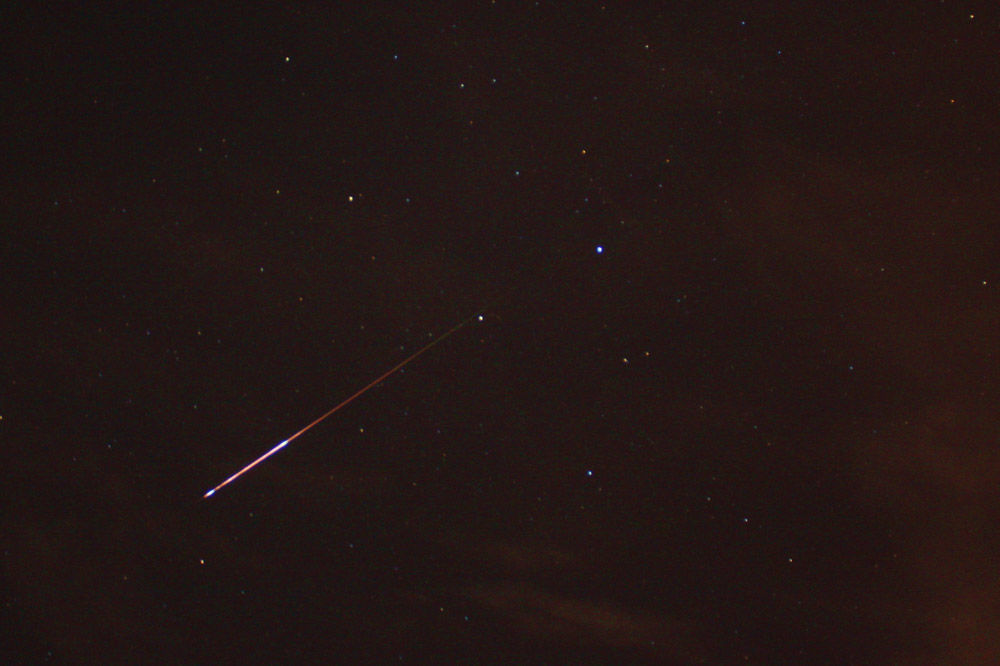 Last week clear skies enabled views of the annual Perseid meteor showers. similar to those in the photo above, taken in August 2009. […] 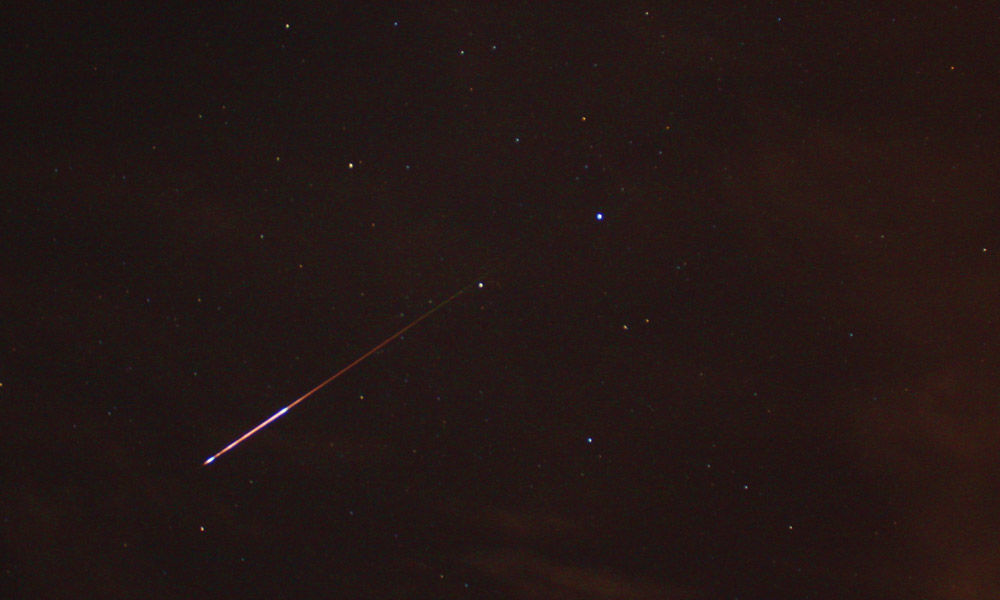 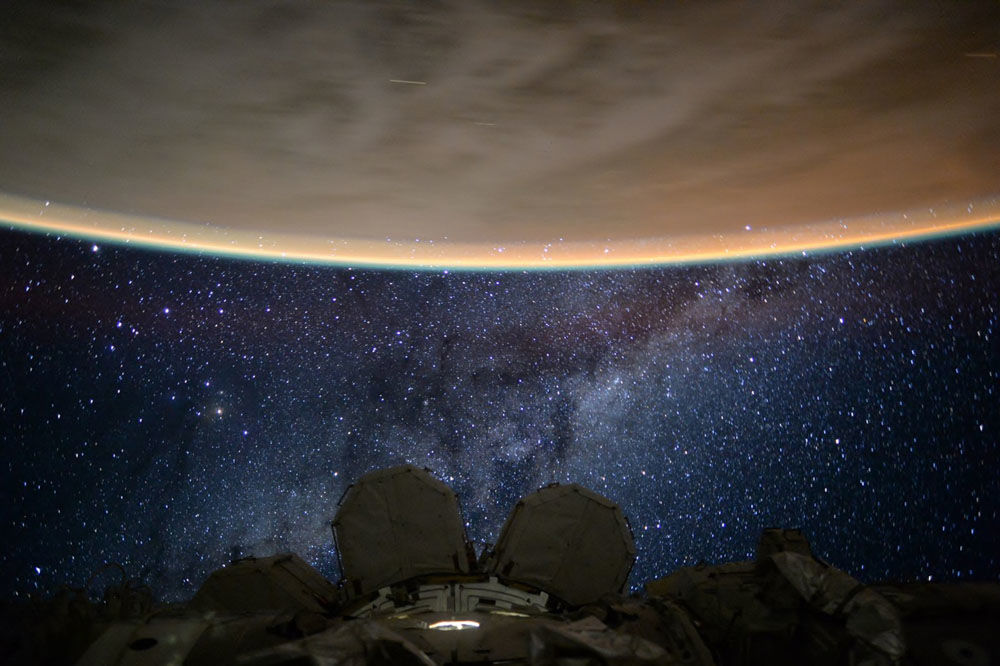 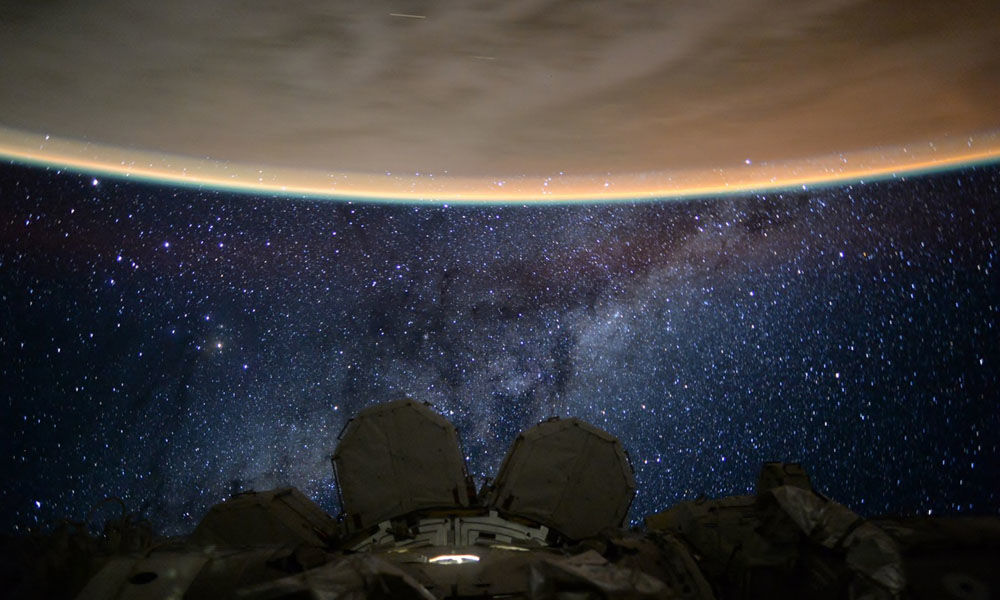 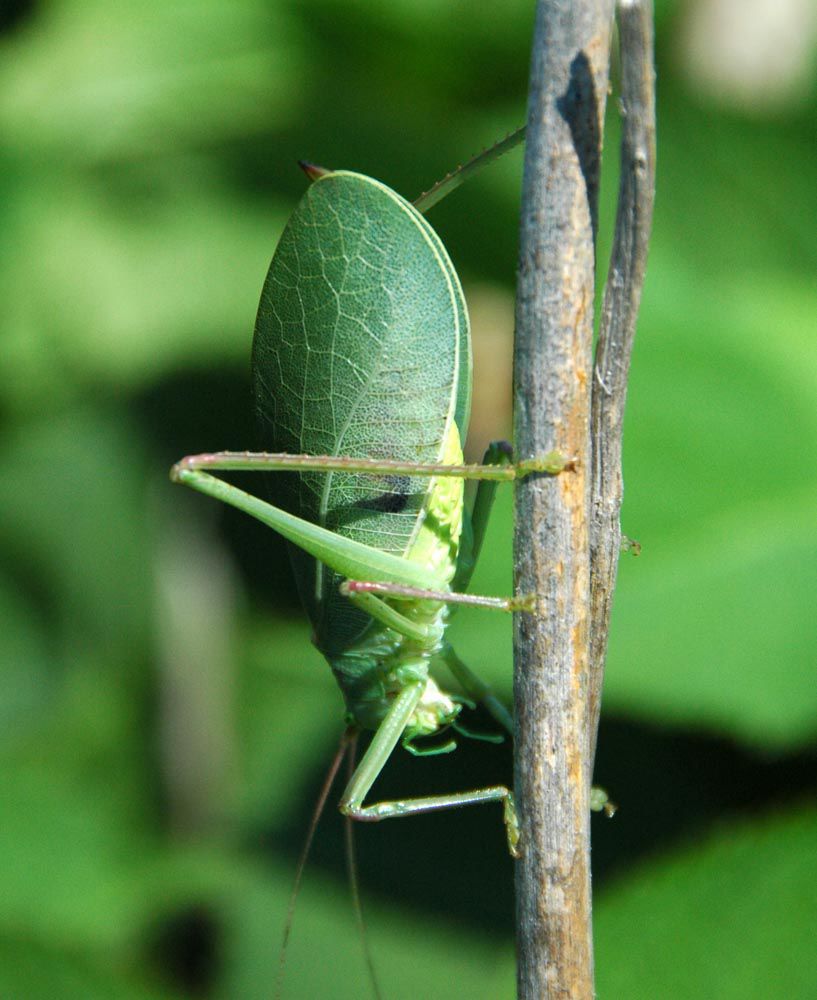 The common true katydid, which makes the sound for which this insect family was named, lives high in trees, so is rarely seen. […] 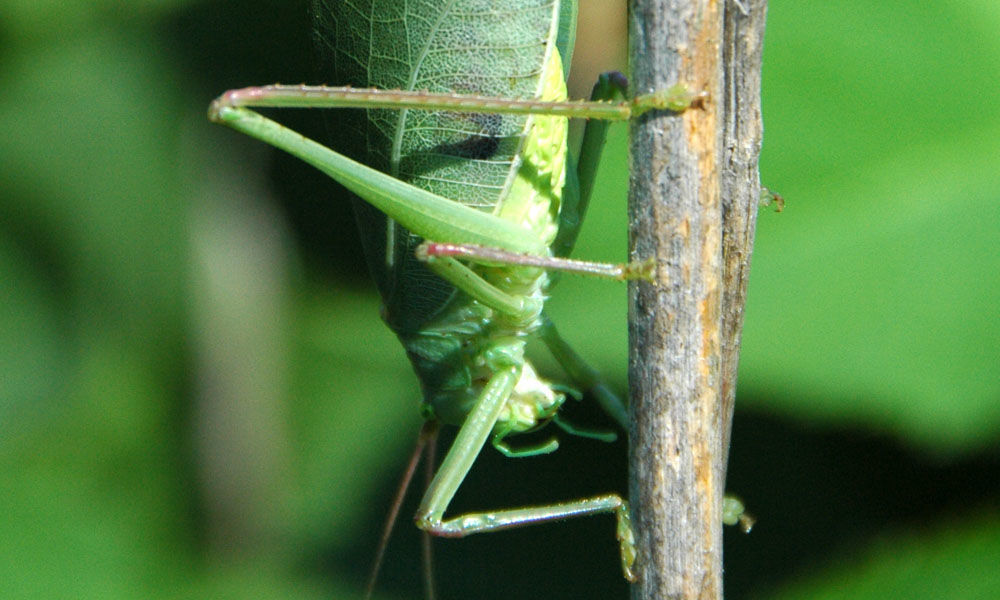 While the heat and humidity of the past few weeks may have been crushing for us humans, it has kicked off the courting calls of many insects, while others have been busy farming. […]

A time-lapsed photo of the annual Perseid meteor shower, shot in August 2009. […]

An area at the base of the forewings of katydids and crickets (brown on the male oblong-winged katydid in the photo) is specially modified to produce sounds that attract females. […]

Last week clear skies enabled views of the annual Perseid meteor showers. similar to those in the photo above, taken in August 2009. […]

The common true katydid, which makes the sound for which this insect family was named, lives high in trees, so is rarely seen. […]

While the heat and humidity of the past few weeks may have been crushing for us humans, it has kicked off the courting calls of many insects, while others have been busy farming other insects.

The music of the night returns

One of the reasons I love summer is the chorusing of insects, especially at night. In winter, the nights are still, dark and cold, with the sounds of wildlife few and far between, and often strange or violent — not the pulsing insect lullaby of summer.

This year summer got started late for many insects. The cool, damp spring seemed to delay the breeding activity of many, from butterflies to katydids. Then, on July 25, temperatures soared into the upper 90s (with the heavy humidity, a “real feel” of more than 100).

Around 5 p.m., I was heading to Dulles to pick up a friend who was returning from Italy. Other than the sporadic singing of a couple of dog-day (annual) cicadas — specifically, the aptly named scissor-grinder — I hadn’t heard any insects chorusing this summer. But with the rising heat, the song of the cicadas rose, too. By the time I dropped off my friend at her home in Flint Hill, it was completely dark and the katydids had taken over. I rolled down my windows and drank in the sound.

While insects may have been more active earlier in the year further east and at lower elevations, that July day started a heat wave that has, for the most part, stuck around. And so have the insect choruses.

In 2007 Lang Elliott and Wil Hershberger published their ground-breaking book “The Songs of Insects,” with an accompanying CD of the songs. The authors focused on two orders of insects whose males are virtuosos as singers: Orthoptera (grasshoppers, katydids and crickets) and Hemiptera (cicadas). The book is now out of print, but the book’s companion website was recently updated to also work with mobile devices.

Orthopterans don’t have vocal chords, so they aren’t so much singers as percussionists. As Elliott and Hershberger explain, they “typically create sounds by ‘stridulation,’ which is the rubbing of one body part against another.” The base of the forewings of crickets and katydids are specially modified for sound production, with a sharp edge or “scraper” located on the upper surface of the lower wing. The scraper is rubbed against a row of bumps, known as the “file,” on the underside of the upper wing.

Our native grasshoppers (aka locusts), on the other hand, do not stridulate with their wings, but many use their hind legs against the closed wings, the authors add. Short, peg-like bumps on the inside of their hind femurs function something like the file, and the edge of the closed wing acts as the scraper.

Male cicadas do not stridulate at all, instead use a pair of special sound-producing organs or “tymbals” located on the sides of the lower abdominal segment, just behind their wings, Elliott and Hershberger say. Muscle contraction causes ribs in the tymbal to bend suddenly, producing sounds that resonate within the large tracheal air sac within the abdomen, producing “the loudest of insect sounds, far surpassing the volume and range of Orthopteran singers.”

Whether or orthopteran or hemipteran, singing insects a sound made up of one or more “syllables,” which Elliott and Hershberger categorized as a chirp, trill, lisp, lispy trill, zit, tsip or rattle. Some species combine syllable types to form a more elaborate song, with pitch and volume varying according to the species.

While cicadas, grasshoppers and some crickets and katydids sing during the day, the night belongs to the latter two groups. When more than one species within these groups sings at the same time, they can fill the night with a full percussion symphony, reaching a crescendo that some of my city and suburban friends find unbearable — but it’s music to my ears.

Where I live in the Blue Ridge, the dominant katydid voice is that of the common true katydid (Pterophylla camellifolia), the only species in its genus. Living high up in trees, it makes the sound for which the family was named. When many of these katydids are in full chorus, they can produce a loud, raspy, pulsating hum. (Hear it on this katydid’s species’ page of the “Songs of Insects” website.)

There are several other genera in the katydid family: the false katydids, which look similar to true katydids; the grasshopper-like meadow katydids and coneheads; and the cricket-like shield-backed katydids. Species within families may have similar songs, but each is distinct.

While it’s rare to see a common true katydid because of its treetop habitat, I regularly see oblong-winged and angle-winged katydids, along with bush crickets and other orthopterans, where I live. (See the “Songs of Insects” website for more information about singing insects, including sound samples and sonograms.)

A few years ago, I had spent much of the summer studying and photographing invertebrates, particularly on some giant sunflowers I had planted on the south side of my house. Heavy rains, groundhogs and cottontails doomed my plantings in subsequent years, but this year two sunflowers managed to survive in what is now my herb garden.

The sunflowers have yet to bloom, but they are already serving their intended purpose — hosting a variety of insects, including coreid bugs, keeled treehoppers and some I haven’t identified yet. And, once again, reddish carpenter ants have returned to “farm” the treehoppers. All this goes on the underside of leaves, hidden from predators and protected from the elements.

The relationship between the two insects is an excellent example of mutualism, where both species benefit, as I wrote about in my column (Nov. 28, 2013). In this case, the ants watch over the treehopper larvae, guarding them from predators, and in return their livestock excrete nutrients that the ants eat. One touch of a leaf can demonstrate what avid protectors the ants are, and I’ve watched them hovering about their herd to get their reward.

Having watched the Olympic women’s gymnastics team finals (go, Team USA!) last Thursday (Aug. 12), I was still too wired at midnight to go to sleep. Instead I lay in bed playing Scrabble on my tablet while listening to BBC news on NPR. Finally feeling like I might sleep, I turned off the light, just as the newscast, which starts at midnight mentioned that the annual Perseid meteor shower would be peaking between midnight and 1 a.m. Deciding I couldn’t miss this opportunity, I dragged my butt out of bed, made my way through the darkened house, and went out onto the deck.

The night was still and dark, the moon having set, and the stars were clearly visible despite the high humidity. The day’s high heat had at least dissipated and a gentle breeze was blowing, so altogether it was not a bad night to be meteor gazing.

I hadn’t heard where in the night sky the meteor shower would be, but my view of the night sky was pretty much limited to  straight above, the rest being obscured by forest. So craning my neck, I patiently watched for a minute or two, eventually seeing a meteor streak across the sky, another following it a few seconds later. They were coming from the northeast, so I focused my attention there.

With the next streak slow in coming, I sat in a chair to put a bit less strain on my neck, enjoying the soft night air. After a minute or two, one more meteor streaked across the sky. At that point I was really tired, and my neck was killing me, so I decided the reward of seeing a few meteors streaking across the sky would have to be enough until next year and headed back to bed.

Partly cloudy skies during the morning hours will give way to occasional showers in the afternoon. High 72F. Winds NW at 5 to 10 mph. Chance of rain 50%.