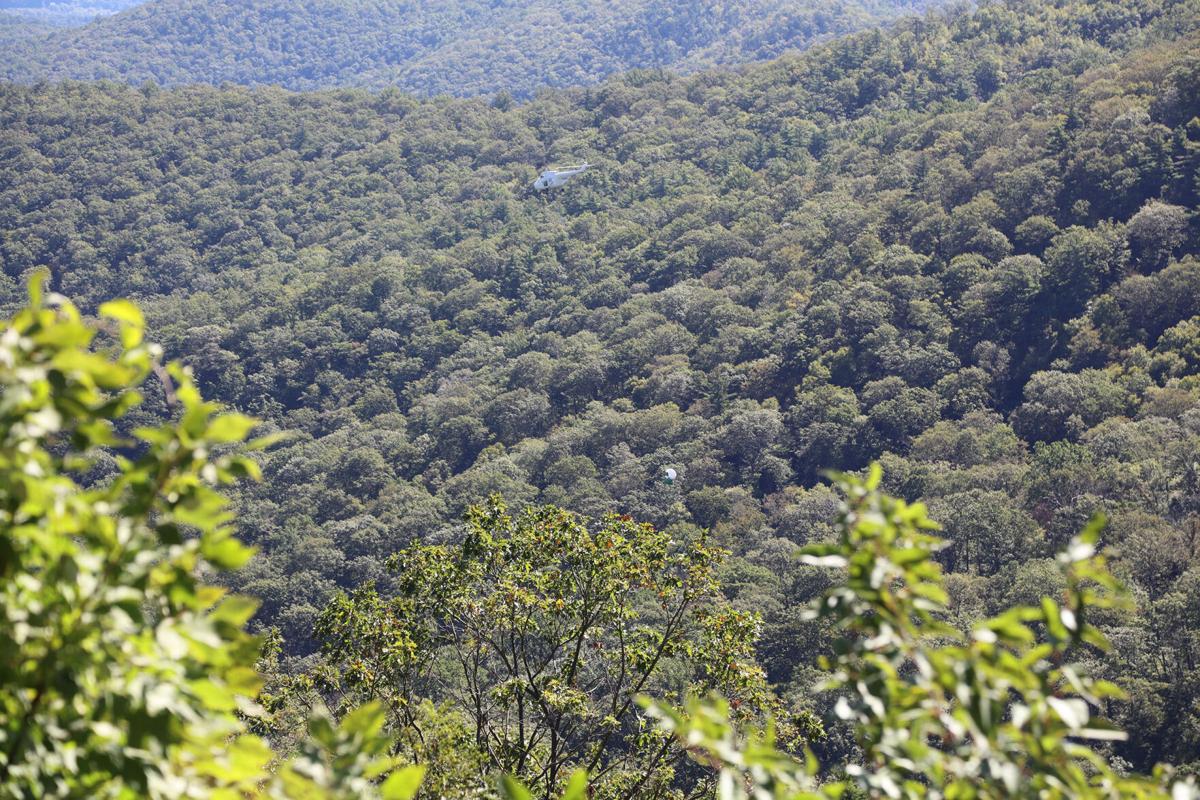 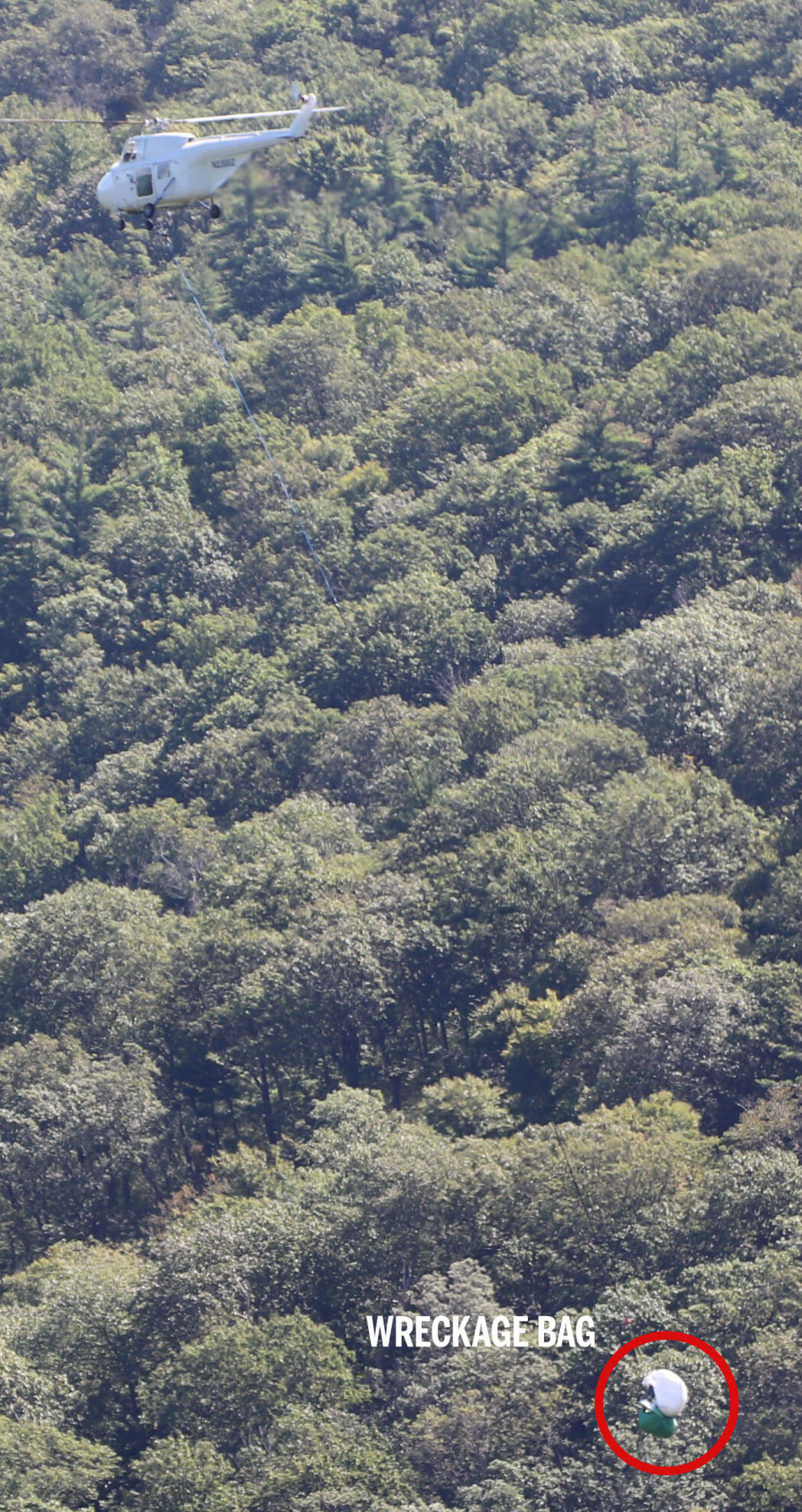 On-ground contractor personnel hiked into the crash site this morning, almost a mile below Skyline Drive, while a helicopter delivered recovery equipment. The workers then secured the wreckage of the Piper PA-20 into large bags, which the helicopter returned to retrieve (one green bag is seen here in a photograph taken today by Shenandoah National Park officials from the Hazel Mountain Overlook, Mile 33).

The 35-year-old pilot and lone occupant of the plane, Nicolas Hellewell, died in the crash, which took place August 31 at 7 p.m. The wreckage was not stumbled upon until almost two days later.

Hellewell, of San Luis Obispo, Calif., departed a suburban Maryland airport south of the nation’s capital and had just flown above Sperryville when for reasons unknown his aircraft went down. The plane was “highly fragmented” upon impact, the National Transportation Safety Board (NTSB) told the Rappahannock News.

Weather at the time of the crash was “overcast and rainy,” with fog in the area. Darkness was also approaching.

Hellewell had been on a cross-country tour and only hours before visited numerous Washington monuments and memorials. He had posted online dozens of photographs from his journey, which had taken him from Arizona and Montana to Maine and Washington, D.C.

He had just written to his friends down South that he was beginning the final leg of his cross-country adventure and he hoped to see them.

More about the crash:

Pilot of doomed plane that crashed near Sperryville identified