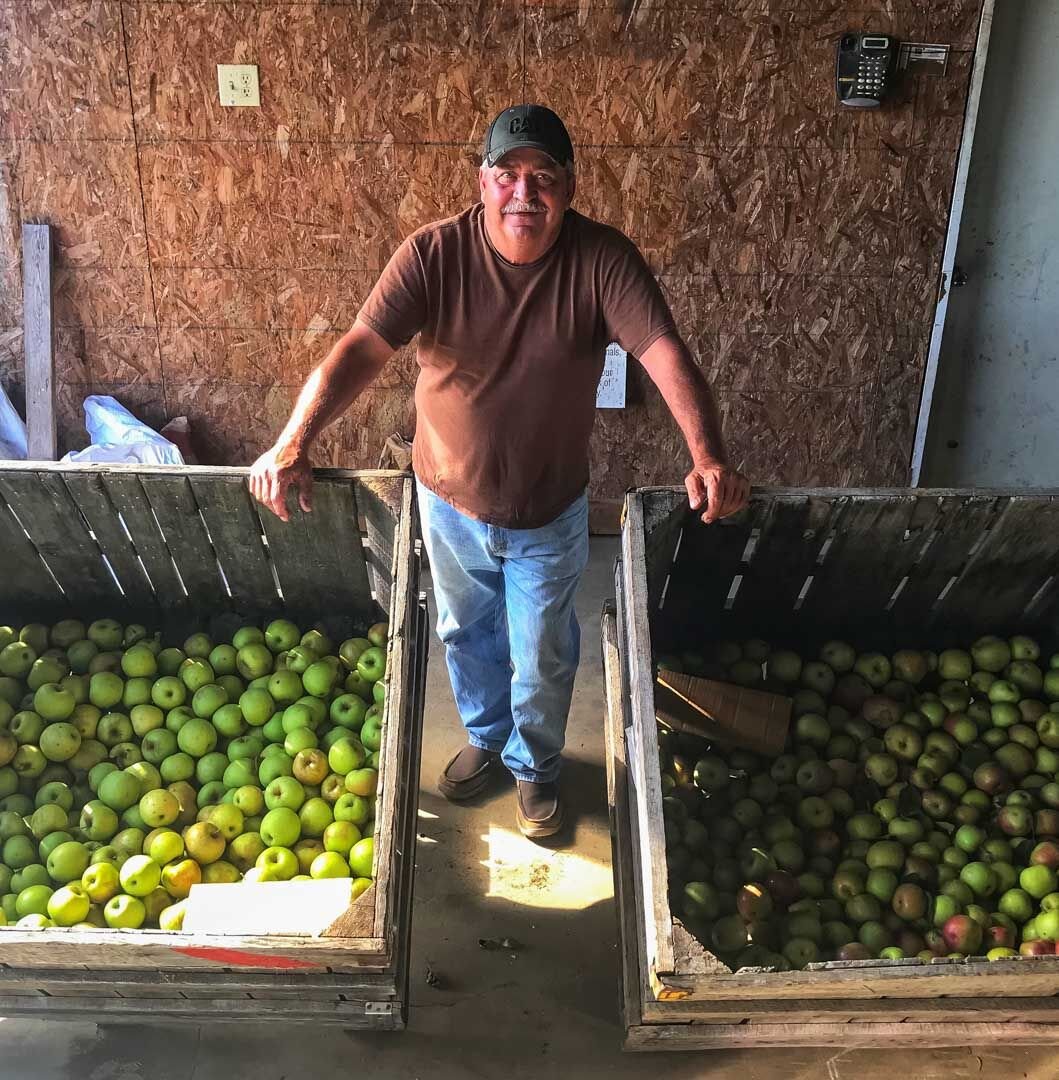 It is said that an apple a day keeps the doctor away, and what better time to practice that proverb than during a pandemic. Apparently that’s the thinking of locals and visitors alike, who to the delight of apple farmers like Bryant Lee, of Lee's Orchard in Massies Corner, are gobbling up Granny Smiths and Ginger Golds in record numbers. Better yet for Lee, a third-generation orchard operator and former four-term Rappahannock County supervisor, there’s plentiful apples to pick this season. 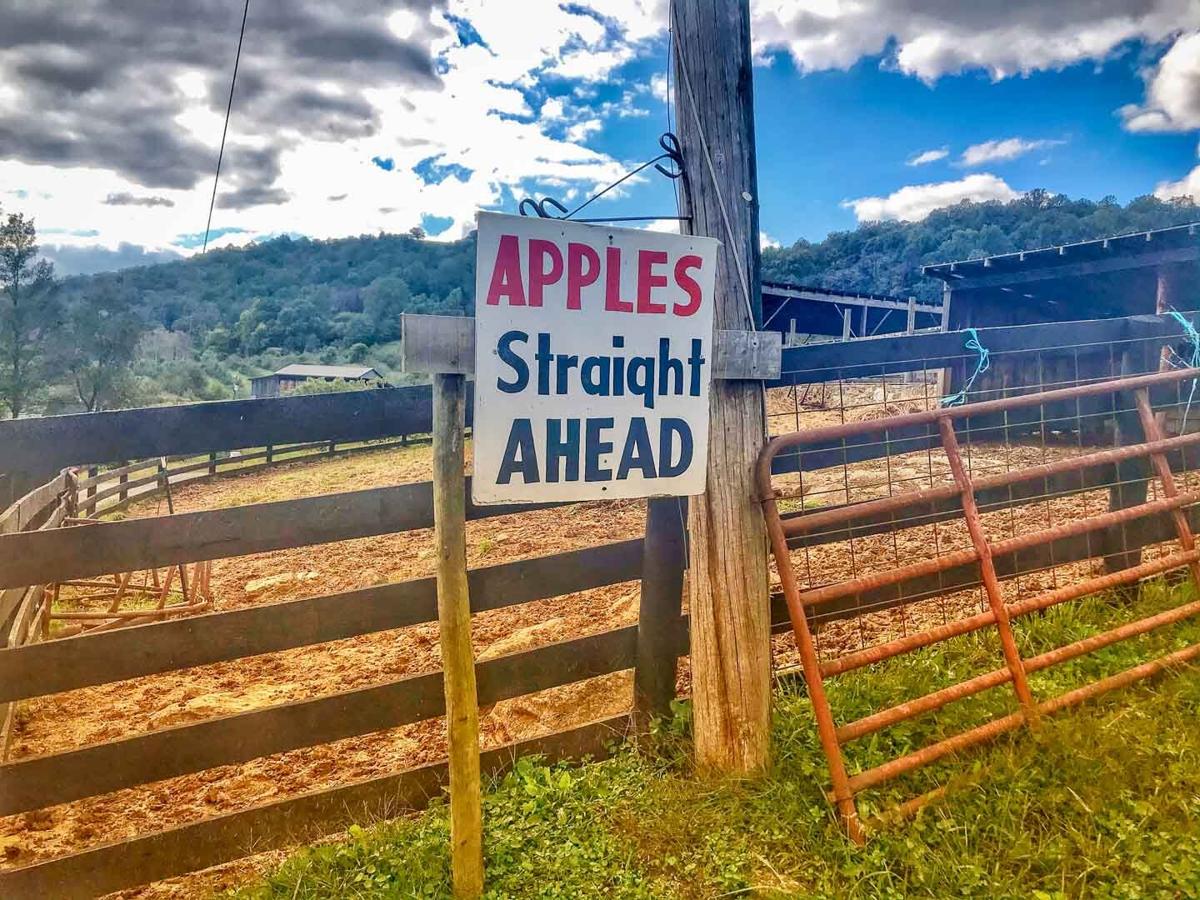 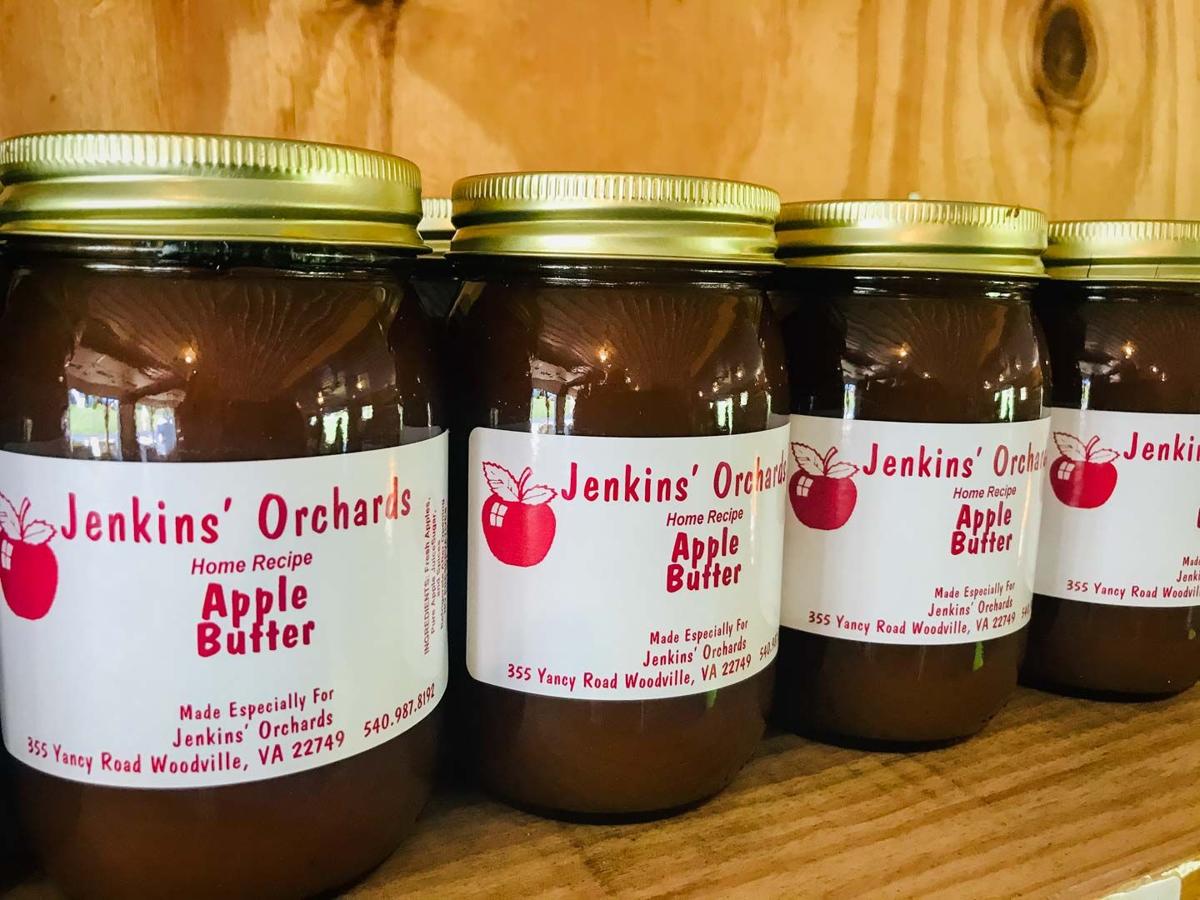 Anything with the word "apple" in it is selling twice as fast this season at Jenkins Orchards in Woodville, where customers are educated about the many varieties of Virginia apples. 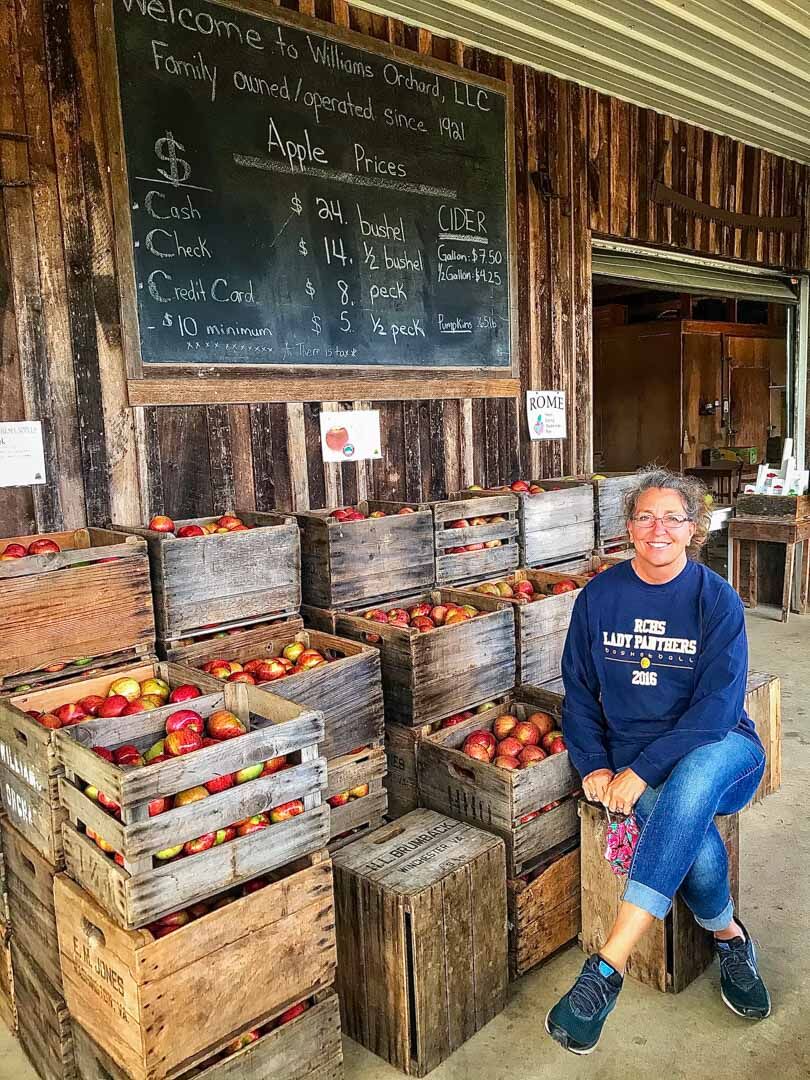 "Our season is off to a great start," says Mylene Whorton of Williams Orchard in Flint Hill, family owned and operated since 1921. 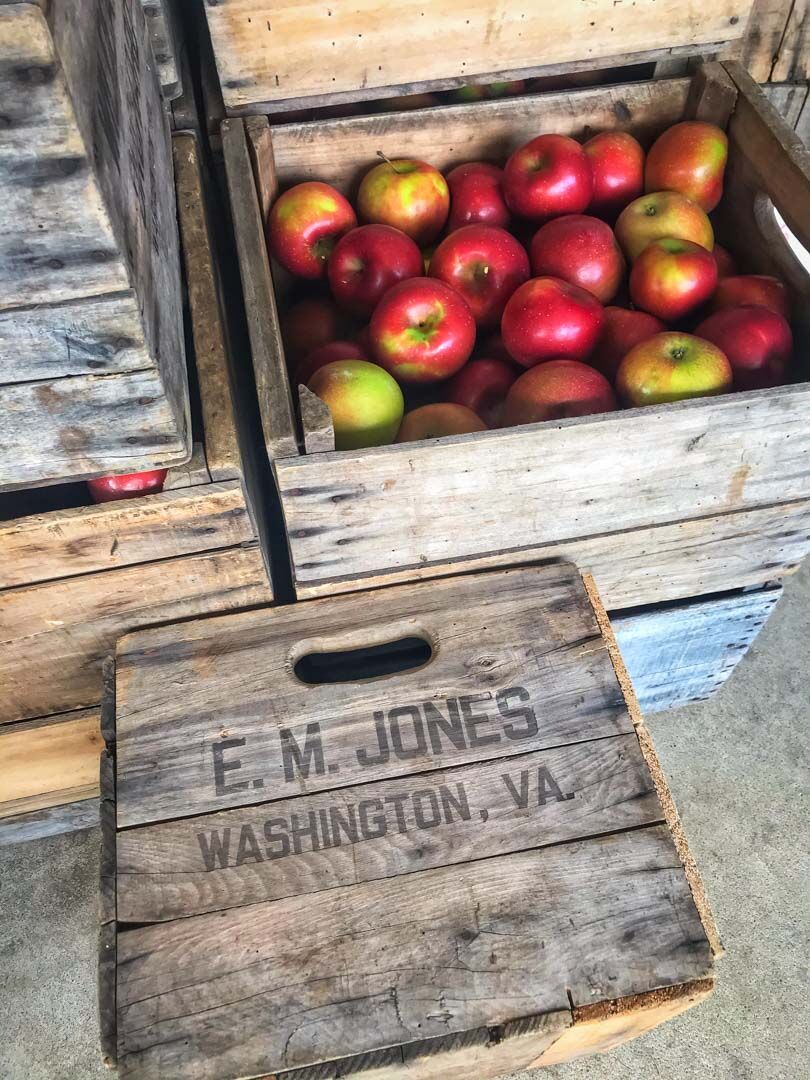 Once upon a time, apple production in Rappahannock County provided seasonal jobs for hundreds in local orchards, packing sheds and processing facilities.

‘Our business is up at least double this year’

The apple season isn’t what it used to be in Rappahannock County, but don’t tell that to the droves of people who in the midst of a stubborn pandemic are devouring all Virginia varieties grown here — Granny Smith to Ginger Gold.

Who was it who said an apple a day keeps the doctor away?

“Business has been fantastic!” says Mylene Whorton of Williams Orchard, which is brimming with apples this unusual autumn season at 3 Williams Farm Lane in Flint Hill. “Our season is off to a great start. We’ve been very, very busy with our local customers, with our regulars from out of town, and there’s been a lot of ‘drive-by customers’ who are getting out of the house and into the countryside.”

Whorton describes this year’s apple crop as “really, really good. We’ve had a great peak season. Some of the other orchards had a freeze in May and lost some of their crop, but we had no damage fortunately.”

Among the fruit growers not spared the frigid temperatures was Jenkins Orchards at 355 Yancy Road in Woodville. “Most of them froze,” relays Jesse Jenkins, recalling the “Mother’s Day frost.”

“But we’ve still got apples!” the grower is quick to add. Better yet, there are plenty of people — locals and visitors alike — to purchase them.

Despite — or it turns out thanks to — the ongoing COVID-19 crisis, business for Jenkins and the county’s other orchard operators has been nothing less than thriving of late.

“Our business is up at least double this year,” reveals Jenkins, “and I think that’s the same for everybody across the board.”

He gets no argument from Megan Clark-Weakley of the Thornton River Orchard & Market, just around the bend from Shenandoah National Park at 11587 Lee Highway in Sperryville.

“Business has been booming!” she exclaims. “And when I talk to other farms they are saying the same.”

May’s killer frost also paid an unwelcome visit to Thornton River, and as a result several of the orchard’s impressive “20 varieties” of apples suffered “cold damage,” albeit Clark-Weakley stresses such skin blemishes are “cosmetic” at worst.

“Some people think something is wrong with [the apples], but that just happens when you get a late frost,” she explains, adding that it’s actually “turned into a good thing” because she’s been able to educate customers that peeled beyond the skin is a “fine finished fruit.”

Thornton River has “plenty of apples, definitely enough to get us through the market season,” Clark-Weakley adds, which makes the car loads flocking to Shenandoah quite happy.

Like apple sales, Shenandoah visitorship is off the charts this year, ever since the pandemic took a foothold in March — and despite Skyline Drive being barricaded in April due to the coronavirus. March itself, as well as July and August, saw record crowds not seen in the park for decades.

And the masses in their automobiles won’t be letting up anytime soon, what with leaf-peeping season just getting underway. All spelling more good news for the county’s fruit growers.

Lee’s Orchard at 65 Orchard Lane in Massies Corner couldn’t have a more prominent perch at the intersection of heavily traveled Routes 211 and 522. Business is especially brisk on weekends, says Bryant Lee, a former four-term Rappahannock County supervisor and third-generation apple farmer, who points a visitor to hundreds of flawless Red Delicious filling one of several crates.

It’s been so busy at Roy’s Farm Market at 64 Old Hollow Road in Sperryville that co-owner Janet Alther barely has time to answer the phone. As usual, there are several varieties of apples to pick from at the popular farm market just off Route 211.

So what’s with all the crowds well before the leaves turn color?

“This fall’s uptick in visitors, and revenue, comes at a strange time but it is no surprise!” answers Theresa Wood, president of Businesses of Rappahannock. “As city dwellers look for a country escape, it’s easy to see that Rappahannock County has become an obvious choice. Our renewed popularity is the result of three years of concentrated effort that has made us a destination of choice, not chance.

“BOR and the Virginia Tourism office have also worked closely with local businesses to host travel writers, bloggers and influencers. This has been a grassroots effort that is now paying off in spades. Our efforts have resulted in invaluable media coverage, creating a desire among travelers to experience all Rappahannock has to offer.”

Apples included. And as additional visitors arrive this fall, there will be plenty more where these came from.

“We’re still waiting for a couple of varieties to come in,” assures Mylene Whorton of Williams Orchard, echoing the other apple farmers.