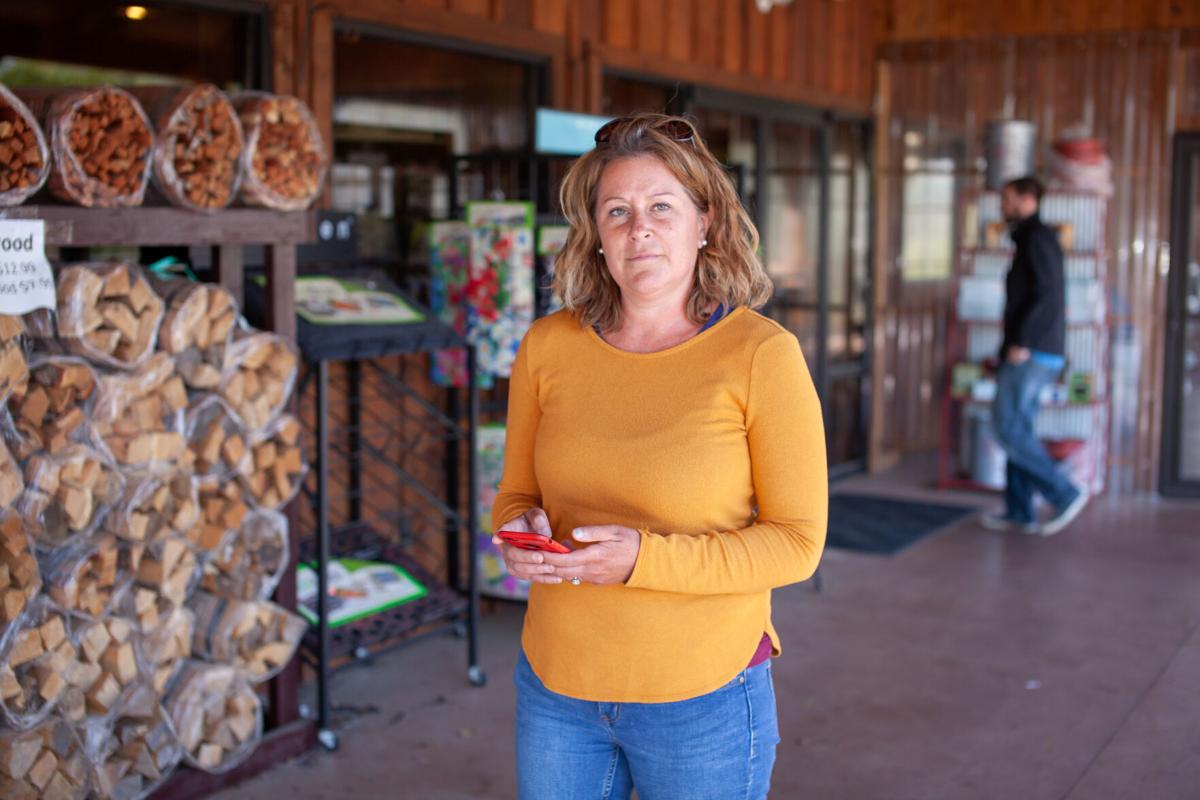 “The children who do not have consistency and structure and stability at home are the ones who’ve been struggling.” 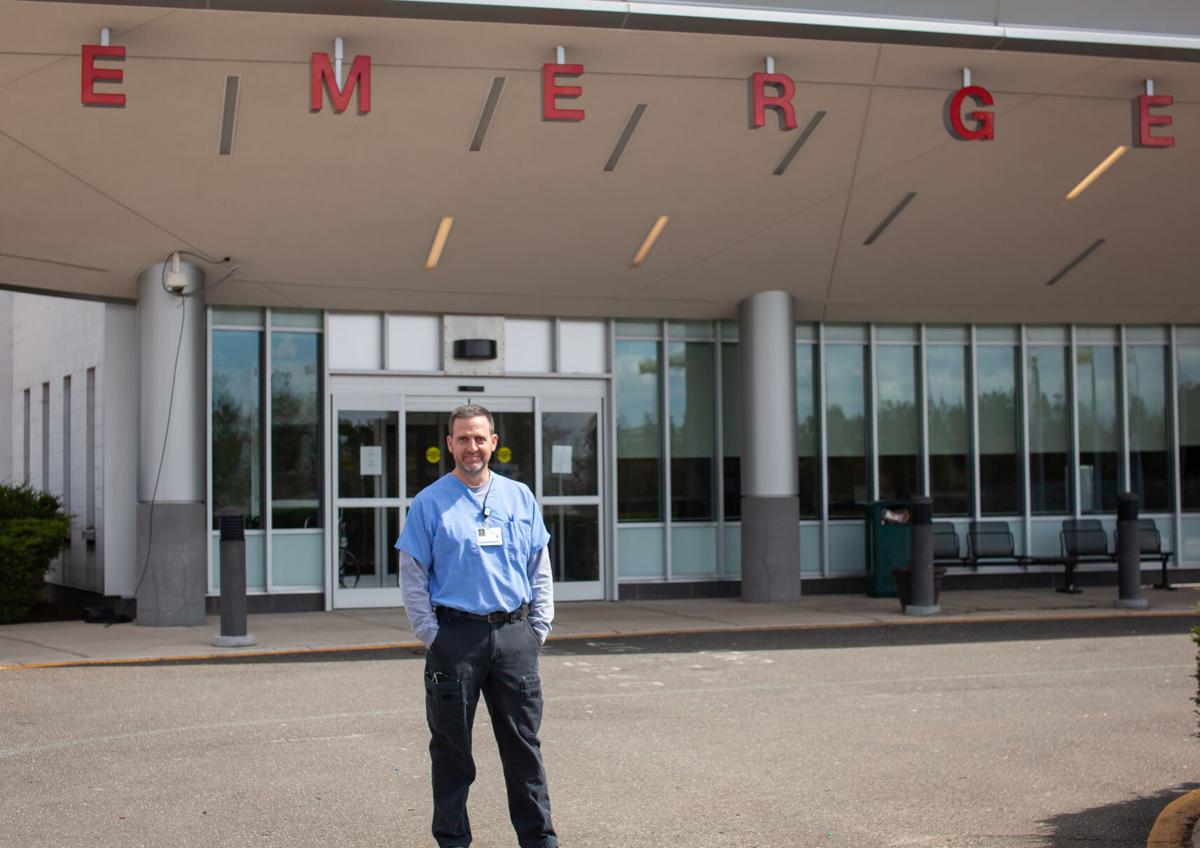 “We are seeing an increase in mental health cases generally, but it seems to be disproportionately impacting our children and adolescents.” 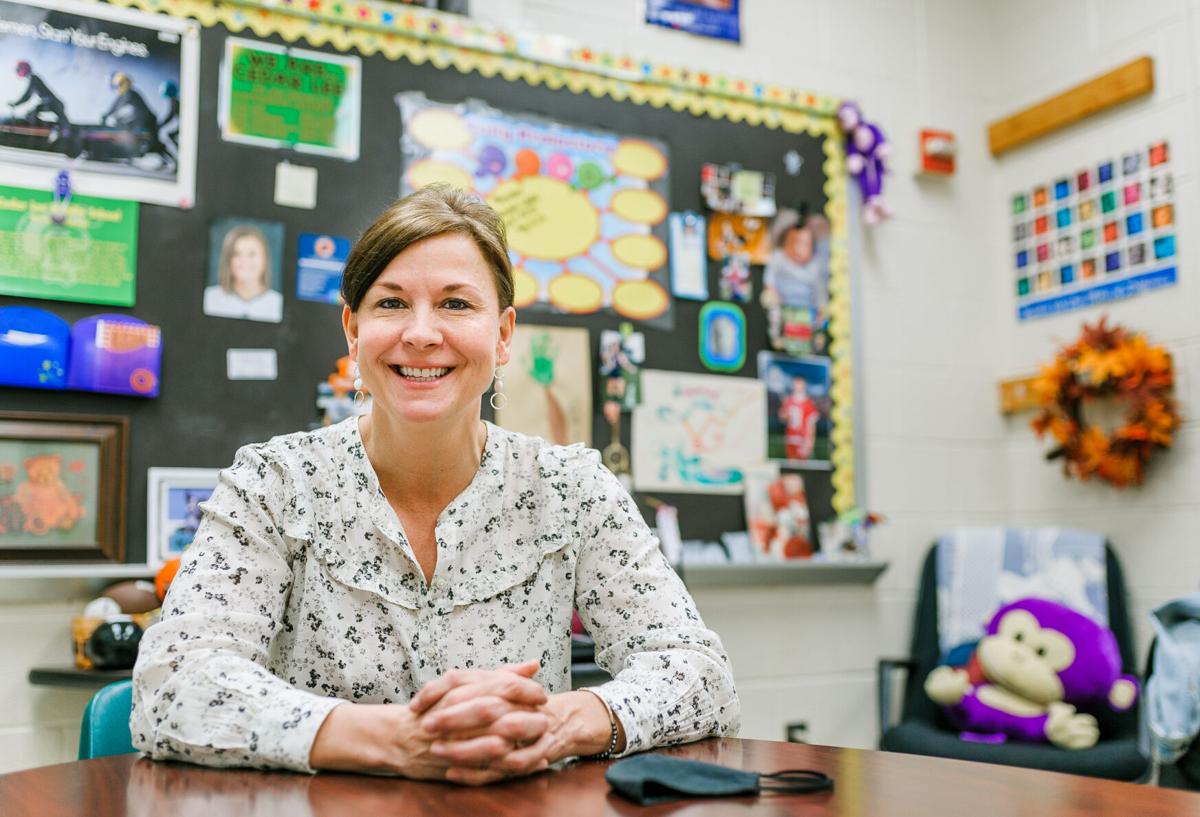 “They’ve become used to the horrible rut they’re in, and they don’t know how to get out of it.” 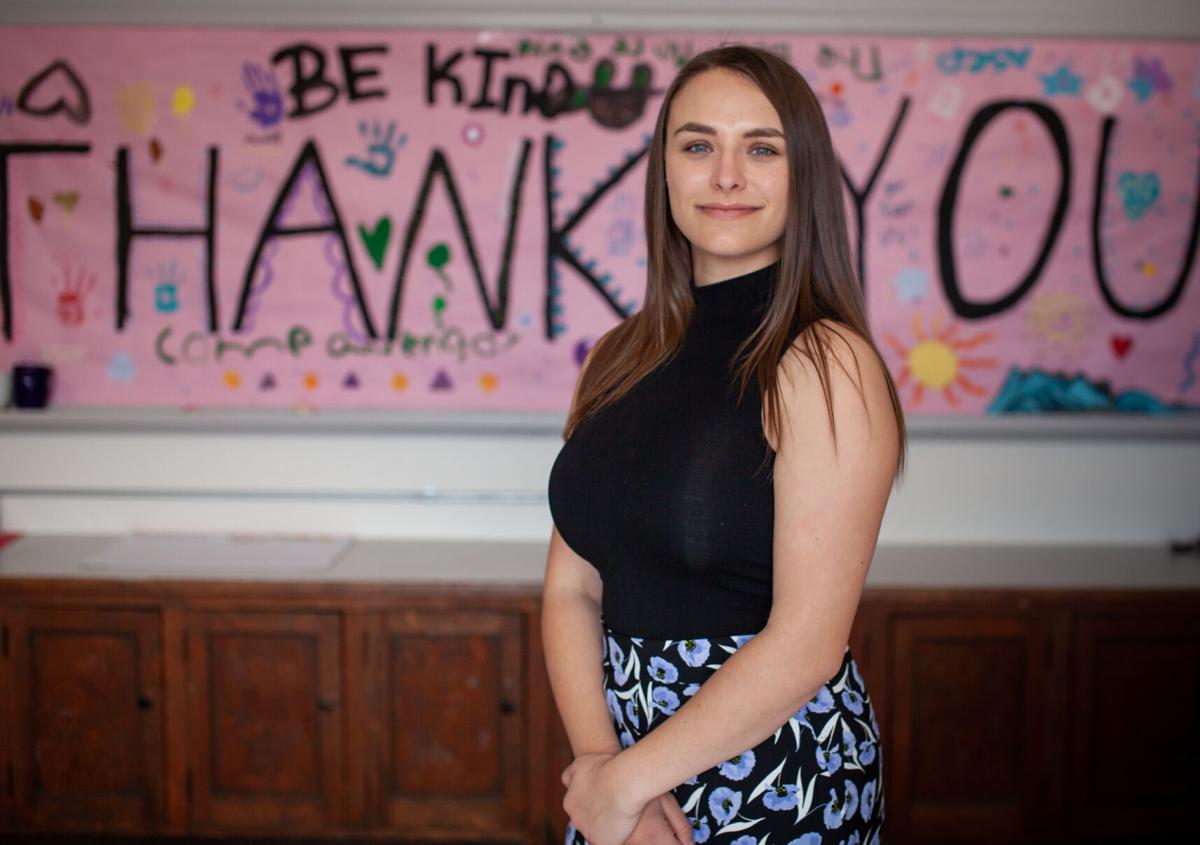 “If there’s been a silver lining about COVID, it’s that we’ve all been placed in the same boat." 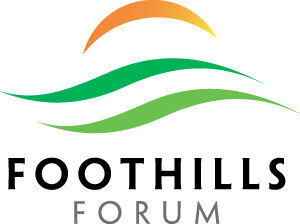 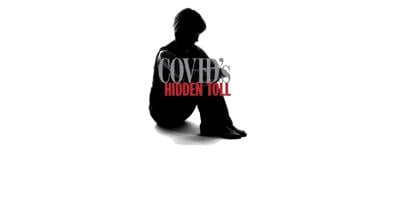 Children have been less susceptible to the coronavirus, but for many, a year of social isolation and academic unpredictability has challenged their mental health.

A year of living with COVID-19 has taken a toll on Virginia’s Piedmont, from deaths — 62 in Fauquier County and two in Rappahannock — to the economy. This is the first story in a series examining the unfolding mental health consequences of an ongoing pandemic.

At least that’s the conventional wisdom — that children innately bounce back from adversity.

But what about during a prolonged pandemic, when they’ve been isolated from not just their friends, but also their teachers and other supportive adults? When their home life is likely to be roiled with uncertainty and angst — or worse — and when no one can answer the question “When will this be over?”

It’s a matter that will come into sharper focus as their lives begin to take on a hint of normalcy. By next week, all public schools in Rappahannock and Fauquier counties will be on a four-day, in-person schedule. The hope is that once students fall back into more typical routines, their stress will fade and fears about the future will ease.

But like so much of what’s happened over the past year, this is uncharted territory. One thing that is clear is that the number of kids in “crisis” in the region is climbing.

“The children who do not have consistency and structure and stability at home are the ones who’ve been struggling,” said Kathy Sickler, social worker for Rappahannock County Public Schools. “That’s why I support having these kids come back to school four days a week. School can provide those things.

“But everyone is experiencing this pandemic in a different way, and for some people it’s been very traumatic,” she added. “Trauma can be very long-lasting.”

Also in this special report:

Voices: One student looks back on a COVID year

How schools are catching up with students in need

Last November, the U.S. Centers for Disease Control and Prevention released a report that included this sobering finding: Between April and mid-October of 2020, the proportion of mental health-related emergency room visits for children in the United States increased significantly from the same period in 2019. For kids aged 5 to 11, they rose 24 percent; for those 12 to 17, they jumped 31 percent.

Michael Jenks, director of Fauquier Hospital’s Emergency Department, has seen this firsthand. “We are seeing an increase in mental health cases generally, but it seems to be disproportionately impacting our children and adolescents,” he said. “When I talk to my fellow providers, this is something that we’ve all noticed.”

Many of those cases have involved children who probably were already at risk of mental health issues, he said. They may have lacked good coping skills, and at some point felt out of control in the fluid uncertainty of a pandemic. “They talk about not being able to engage with other kids,” Jenks said. “This is not mysterious. Everybody recognizes that that’s an important part of the psychological development of children.”

Another telling statistic comes from the Rappahannock-Rapidan Community Services Board: Between last July and February, 98 “crisis” cases were referred to the children’s services office. That’s almost triple the number during the same period a year earlier.

“We’ve definitely gotten more calls from parents who say, ‘I’m really not sure what to do,’” said Taisha Chavez, director of children’s services. “There’s a lot of family disruption now. Parents have lost jobs. Kids are sensing that things are not that stable. There may be domestic violence.”

Then there’s the loss of what is often the first alert system for distressed kids: daily contact with teachers or coaches who might notice early signs of emotional problems. “When kids were in school, there were more eyes on them,” Chavez said.

Without that, struggling children and teens are more likely to develop acute symptoms over time, such as becoming more physically aggressive or threatening harm to themselves.

The “rut of COVID”

Most students, fortunately, have not spiraled into crisis. More often they’ve slid into what Deb Panagos calls the “rut of COVID.” A social worker at Liberty High School and Cedar Lee Middle School in Fauquier County, Panagos said she has made more home visits the past year than any other time in her career. Her visits have been part of the school district’s efforts to keep students motivated.

“We do see kids who are profoundly affected,” she said. “My impression from talking to a lot of kids is that they’re tired of COVID and the restrictions. But they’ve become used to the horrible rut they’re in, and they don’t know how to get out of it.”

Lack of school routine obviously is a factor. But so is the prolonged sense of isolation from friends and teachers and teammates, which, for teenagers in particular, has come at a time when they’re shaping their identities and trying to find their places in the world. And even when students have been back in the classroom a few days a week, they tell social workers and counselors that it hasn’t been the same. They say that the fun parts of school are gone — the hallway chatter, the lunchroom laughs, the pep rallies.

Many have found it hard to adapt to virtual learning, and have dropped off the track academically. Often when that happens, they keep their struggles to themselves, and, without a teacher’s support, fall further behind.

“Kids have had a lot of loss,” said Carl Street, vice president for behavioral health services at Youth for Tomorrow, a mental health counseling nonprofit with an office in Warrenton. “Some have lost sports. Some have lost graduations. They’ve lost a lot of socialization. A lot used to have part-time jobs. Some have lost loved ones during the pandemic.

“We’ve had a lot of individuals who had finished counseling come back in,” he said. “Maybe four or five months into the pandemic, they came back and said, ‘I need the support right now.’”

For younger children, the pandemic’s impact has been more fundamental. The loss of familiar routines drains their sense of security, so they’re more likely to react emotionally to changes in schedules and structures. As more natural hands-on learners, they can get bored or frustrated with online lessons. When they returned to school, with new rules to follow, they were often fearful that they were going to do something wrong, said Candy Lamma, a counselor at Rappahannock County Elementary School.

“The younger ones don’t always have the words to express how they’re feeling,” she said. “You’ll sometimes see their eyes start to tear up.”

Also, because they’ve spent much more time at home the past year, children are more likely to have been more exposed to any financial or personal stress their parents are experiencing. “Kids are very good at picking up emotional cues,” said Lisa Paine-Wells, executive director of the Child Care and Learning Center in Rappahannock. “When we hear anxious feelings, that’s often where it’s coming from. We’ll hear, ‘Mommy cries.’”

The shift to Zoom classes brought its own form of anxiety. Fauquier social worker Amanda Shenk said a number of students, particularly in middle school, stopped turning on their laptop cameras because they felt uncomfortable being watched by others.

But some students embraced online learning because it allowed them to avoid classmates or school situations that made them anxious. That has raised concerns about potentially higher rates of absenteeism with schools moving to a four-day, in-person schedule.

The question remains: How long will it take kids to bounce back from a crisis that has disrupted every part of their lives? Brittany Dwyer is one who believes it may take time, but with enough adult support, most students will regain their step.

“Mentors can help them know they’re not alone in what they’re going through,” said Dwyer, outreach coordinator for the Mental Health Association of Fauquier County and director of the Starfish Mentoring Program in Rappahannock. “They can also help them set goals, and provide hope for the future.”

Some mental health professionals are warier. They’ve sensed in students more pessimism about the future, a realization that worldwide catastrophes can happen. Youth for Tomorrow’s Carl Street said he wouldn’t be surprised to see a wave of “secondary trauma” in coming months.

“When things settle down, kids may have some feelings they need to talk out,” he said.

Others think this generation of children could be more phobic about germs and contagious illnesses. Or that given their parents’ financial tribulations, they might become more frugal to be better prepared for unexpected calamities.

But for all the disruptions, therapists and social workers say the pandemic’s impact hasn’t been all negative. They point to the benefits of families spending so much time together working through difficult situations and how parents have become much more involved in their children’s education. Virtual learning has made schools find innovative ways to incorporate technology into curriculums.

The greatest benefit, though, may have to do with mental health itself.  The fact that the coronavirus affected everyone seems to have reduced the stigma of anxiety and depression. That’s especially true of how transparently those conditions are being viewed and treated in children.

“If there’s been a silver lining about COVID, it’s that we’ve all been placed in the same boat,” said Dwyer. “I think people are more open about and better understand mental health issues. And that understanding facilitates change.”

“COVID-19’s Hidden Toll” is a recurring series produced jointly by four organizations: Foothills Forum and the Piedmont Journalism Foundation, two independent, nonprofit civic news organizations; and Rappahannock Media and Piedmont Media, two local media companies. In this series, Foothills Forum provided the research and reporting; the media companies decide when and what to publish in their newspapers and on their websites.

Community support of the nonprofits makes this and other projects possible. Funding for this series comes in part from the PATH Foundation, which provides grants to improve health and vitality in Fauquier, Rappahannock and Culpeper counties.