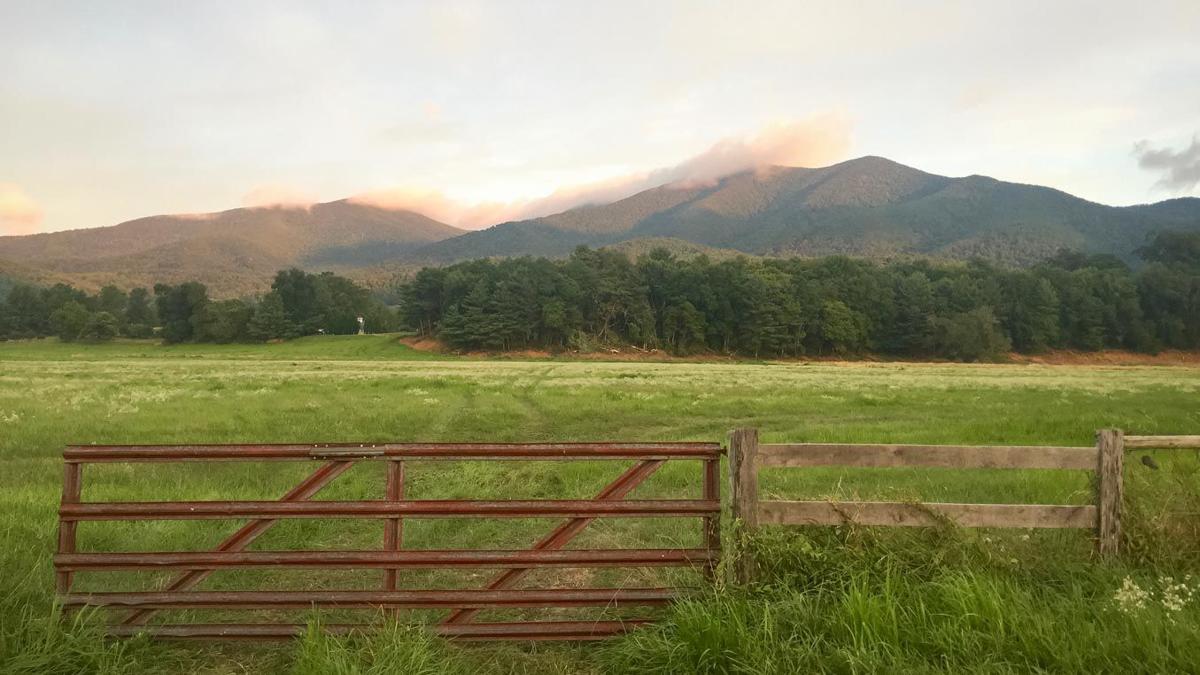 The Blue Ridge Mountains run along the western edge of Nelson County, drawing visitors who come for outdoor recreation or, increasingly, to enjoy an experience that includes local craft beverages and food. […]

The Blue Ridge Mountains run along the western edge of Nelson County, drawing visitors who come for outdoor recreation or, increasingly, to enjoy an experience that includes local craft beverages and food. […]

NELLYSFORD – For much of rural Nelson County’s history, little more than hiking trails and mountain scenery drew visitors. But then farming became harder to sustain, the few factories pulled up stakes and the county knew it needed another way to thrive.

That challenge faced Maureen Kelley when she arrived here nearly 16 years ago to head up Nelson’s economic development and tourism department, tasked to draw revenue into a county of roughly 15,000 that wanted to stay scenic and pristine and low-growth.

Kelley, whom folks often describe as a force of nature, saw the county’s assets blending around outdoor recreation, festivals and locally grown food and beverages.

She started with the adult beverage sector, since several known wineries, including Veritas and Afton Mountain Vineyards, were already drawing a steady stream of visitors. Breweries followed, stemming from Blue Mountain to Devils Backbone, both now well-established brands, as Kelley worked to drum up interest and political support for the broader craft-alcohol industry and build partnerships between farmers and producers.

Todd Rath, co-founder, president and cidermaker at a newer entry, Blue Toad Hard Cider, estimates he has sourced more than a million apples over the past two years from nearby Silver Creek & Seamans’ Orchards, which presses them into cider.

“It just adds another reliable source of income for our farm,” says John Saunders, the farm manager at Silver Creek, which also has wine grapes and cattle and jointly owns and operates its cidery with Seamans’ Orchard.

What is Foothills Forum?
Foothills Forum is an independent, community-supported nonprofit tackling the need for in-depth research and reporting on Rappahannock County issues.
The group has an agreement with Rappahannock Media, owner of the Rappahannock News, to present this series and other award-winning reporting projects. More at foothills-forum.org

They now make cider full time and provide it to other cideries in Virginia, North Carolina and even into Texas. Saunders estimates they press around 30 percent of their apples as cider, which fetches a higher price than if the farm sold them purely as juice apples.

Blue Toad also has a farm venue that hosts weddings and events like the Taste of Nelson, a food, drink and music festival in June that drew around 400 guests.

Rath, who thought Nelson was undiscovered when he bought a home there in 2007, says it helps that businesses band together to promote Nelson as a destination since the real competition now comes from other counties.

Much like Rappahannock, Nelson County rose around agriculture and has stayed largely true to those roots. Its population nearly doubles Rappahannock’s, but it is similarly spread out, with just 32 people per square mile to Rappahannock’s 28.

On the other hand, the county seat of Lovingston sits just 35 miles outside Charlottesville along Route 29, and I-64 slices across the county’s top western corner.

It’s here where the Nelson 151 Trail starts. A coalition of six wineries, three breweries and two cider houses along Route 151, the trail takes visitors down a scenic byway flanked by fields and mountains, a thriving Saturday farmers market and a growing number of wineries and craft-alcohol establishments.

The county’s official visitor site lists several other touring trails, including the Brew Ridge Trail — breweries that span Nelson and Albemarle counties and includes Charlottesville — and the Blue Ridge Fruit Loop, which covers a dozen farms and orchards.

Many of those operations now offer “pick-your-own” and host events, such as Super Peach Sunday and the Apple Harvest Festival at Drumheller’s Orchard. Wood Ridge Brewery, which grows, malts and brews everything in house, uses events to market its unique farm-to-table products.

Other venues also play up what sets them apart.

“It’s not just about good food and drinks now,” says Alex Osterhoudt, the general manager for retail at Bold Rock Cider, which produces around a quarter of a million bottles a week at its flagship timber-barn cidery in Nellysford and draws upwards of 1,000 guests on weekends. “You have to do something additional to create an experience for people.”

One of the best-known experiences in Nelson is Lockn, a four-day annual festival hosted on the 300-acre Infinity Downs Farm. Now in its sixth year, the event generates around $8 million in revenue for the county and draws more than 20,000 guests, nearly three-fourths of whom come from out of state. It also sets up a section for local charities to collect donations and hires local vendors. A local church runs a shuttle bus to the James River for tubing.

“We’re trying to bring in as much locality as we can,” said festival co-founder Dave Frey.

Today Nelson County draws visitors from as far as Ohio, Michigan and upstate New York. Guests to the visitor’s center have quintupled from around 5,000 a year when Kelley started to more than 25,000, she says.

It helps to have an anchor destination at Wintergreen, a well-known ski resort that can be hit or miss if there is no snow, but still draws visitors year round.

Some residents worry that the development has expanded too far, and there has been recent pushback against further expansion along Route 151. Traffic and the potential for drunk driving have also raised concerns.

But the businesses have boosted tax revenues and helped funnel customers to other enterprises in the county, including farms and B&Bs.

“It’s either have these wineries, breweries, restaurants, etc., for the tourism industry or a majority of people are going to have to pay higher taxes,” says long-time Nelson Supervisor and seventh-generation farmer Tommy Bruguiere, who co-manages Dickie Brothers Orchard with his brother John.

Bruguiere started offering pick-your-own apples and blackberries as another way to get people out, sell fruit and potentially educate visitors about their operations. While tourism hasn’t been a salvation for his business, he says it has brought in more visitors, which translates into more money flowing into the county.

“To me it’s a clean industry,” he said. “People will come here and go to those places and then they leave.”

Many businesses also try to fit into the scenery. Blue Mountain Brewery, which sits at the head to the 151 Trail and is the county’s first craft beer producer, mimics a country farmhouse. Devils Backbone, which sits on a sprawling 100-acre complex, includes a rustic brewpub, an open-air patio and eatery and its latest addition, a campground.

“We would never have been successful with this economic development strategy unless we had the political will and commitment of the board of supervisors,” she said.

Her current budget is around $215,000, nearly half of which will go toward marketing and promotion. She is working on an economic development plan for the Route 29 corridor with the hope of revitalizing the county seat of Lovingston. And she has recruited a master chef, who is working to open a lodging facility that will host a culinary apprenticeship program.

The goal of the program is to generate more skilled workers for the county so it can meet demand from the growing food establishments, many of them tied to the Nelson 151 businesses.

One of those is Rath’s next venture, a multi-use complex called Afton Depot that will include a chocolatier, a taproom and grill and a winery. When asked if he’s worried too much is riding on tourism, particularly the craft-alcohol sector, Rath doesn’t bat an eye.

“We’re surrounded by a bunch of innovators,” he says.

The Series:
Part 1 (June 28): Rappahannock is facing an economic transition. But it has a long history of dealing with changes brought by forces beyond the county line.
Part 2 (July 12): Farming in Rappahannock is going through a transition. What challenges does the community face in holding on to its agricultural core?
Part 3 (July 26): What role might the county’s business community play in its future? And, can boosting tourism make a difference in generating revenue and creating jobs?
The Rappahannock Hustle (Aug. 2): The challenges facing people under 40 in Rappahannock and why, despite the hurdles, some are choosing to come here or are returning, mimicking a trend seen in small towns across the United States.
Part 4 (Aug. 9): What are other rural communities doing to adjust to the same demographic and economic changes? Could any of those strategies work here?