Lange’s most recognized portrait is “Migrant Mother,” taken at a temporary camp in California. But Lange and other notable photographers came to capture Rappahannock County in the Depression for the Farm Security Administration. […] 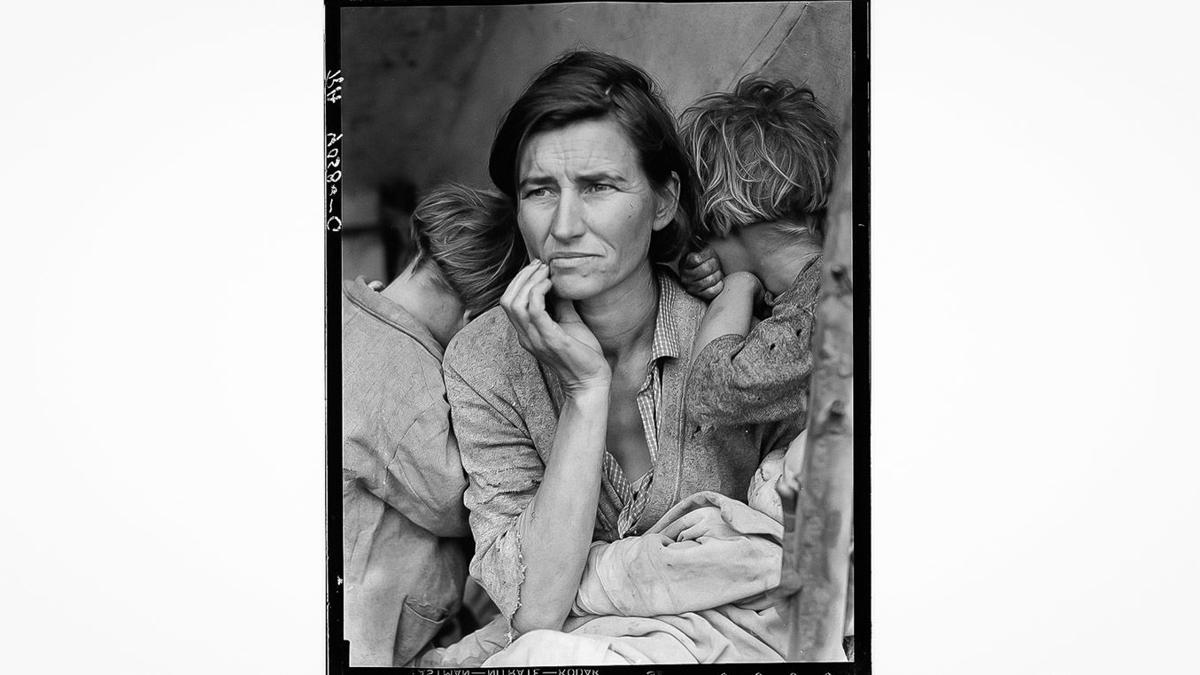 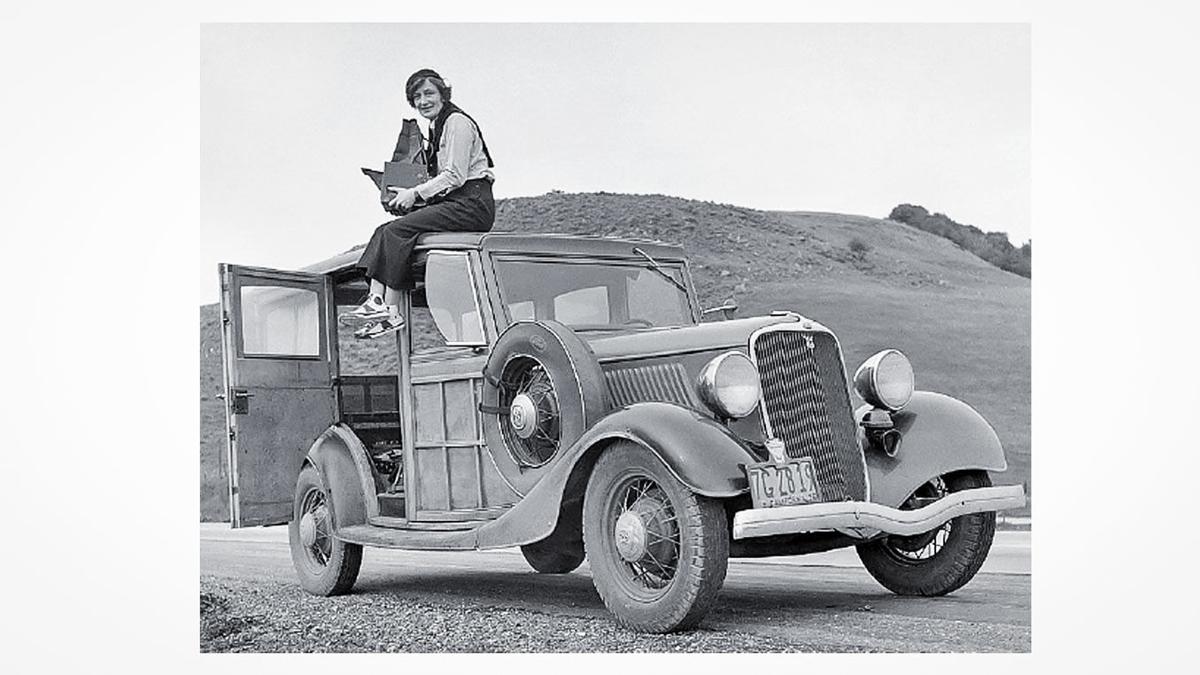 Photographer Dorothea Lange with her Graflex 4×5 Series D camera, on assignment in California. 1936. […]

Lange’s most recognized portrait is “Migrant Mother,” taken at a temporary camp in California. But Lange and other notable photographers came to capture Rappahannock County in the Depression for the Farm Security Administration. […]

Photographer Dorothea Lange with her Graflex 4×5 Series D camera, on assignment in California. 1936. […]

A young man faces the camera, his gaze distant as he methodically swings a scythe to clear a field of wheat. Another man follows behind, bundling the cut grain by hand. More modern farms had started using combine harvesters to reduce labor by the time this black-and-white picture was taken in the 1930s, but these men had never heard of such machinery.

“Sure would like to see that,” reads the caption by famed Depression-era photographer Dorothea Lange.

This was Sperryville in 1936, a time when the United States was in the throes of social and economic upheaval. Here in Rappahannock, the Depression put a dent in the apple trade, then a major industry, and tied farmers to labor-intensive practices.

Drawing attention to such hardship and determination would become a hallmark of the thousands of images Lange produced for the Farm Security Administration, a federal agency that sent photographers out to document what life was like for families during the Great Depression.

Today, the FSA’s photography project is known for capturing the face of a country undergoing what Lange would later call “social erosion.”

Arthur Rothstein and Jack Delano were the other influential photographers who worked in Rappahannock for the FSA, and much like Lange, their future work would be inspired by what they witnessed while portraying the challenges facing rural America.

“It did happen more than once that we unearthed and discovered what had been either neglected, or not known, in various parts of the country, things that no one else seemed to have observed in particular, yet things that were too important not to make a point of,” Lange noted many years after the project ended in 1944.

Lange, the child of second-generation German immigrants, started her career as a portrait photographer in San Francisco. It wasn’t until she reached her mid-30s that she started to capture what she called “people in trouble.”

She took an interest in how agriculture was being mechanized, because “It looked as though that was the way out, at the time,” she said in a 1964 interview for the Archives of American Art.

What she came to see were the problems brought by mechanization and also the tumult confronting agricultural communities. “There is no place for people to go to live on the land any more,” she said. “We have, in my lifetime, changed from rural to urban.”

Lange is best remembered for humanizing the impact of the Depression. Her most recognized work, “Migrant Mother,” taken in March 1936, pictures Florence Owens Thompson, a migrant worker with two of her children at a temporary camp in California.

The photograph is not the best example of Lange’s reputation for meticulous note taking nor her way of interacting with subjects, something she said often required “just sticking around and being there.” But it has long served as a symbol of the Depression era and a defining influence in the development of documentary photography.

Lange continued to pioneer the field throughout her lifetime, becoming the first woman awarded a Guggenheim Fellowship in photography in 1940.

In 2003 she was inducted into the Women’s Hall of Fame, where a profile states: “Her dedication, breadth, compassion, empathy, graphic power, and superb technique set standards that stand today.”

The Series:
Part 1 (June 28): Rappahannock is facing an economic transition. But it has a long history of dealing with changes brought by forces beyond the county line.
Part 2 (July 12): Farming in Rappahannock is going through a transition. What challenges does the community face in holding on to its agricultural core?
Part 3 (July 26): What role might the county’s business community play in its future? And, can boosting tourism make a difference in generating revenue and creating jobs?
The Rappahannock Hustle (Aug. 2): The challenges facing people under 40 in Rappahannock and why, despite the hurdles, some are choosing to come here or are returning, mimicking a trend seen in small towns across the United States.
Part 4 (Aug. 9): What are other rural communities doing to adjust to the same demographic and economic changes? Could any of those strategies work here?