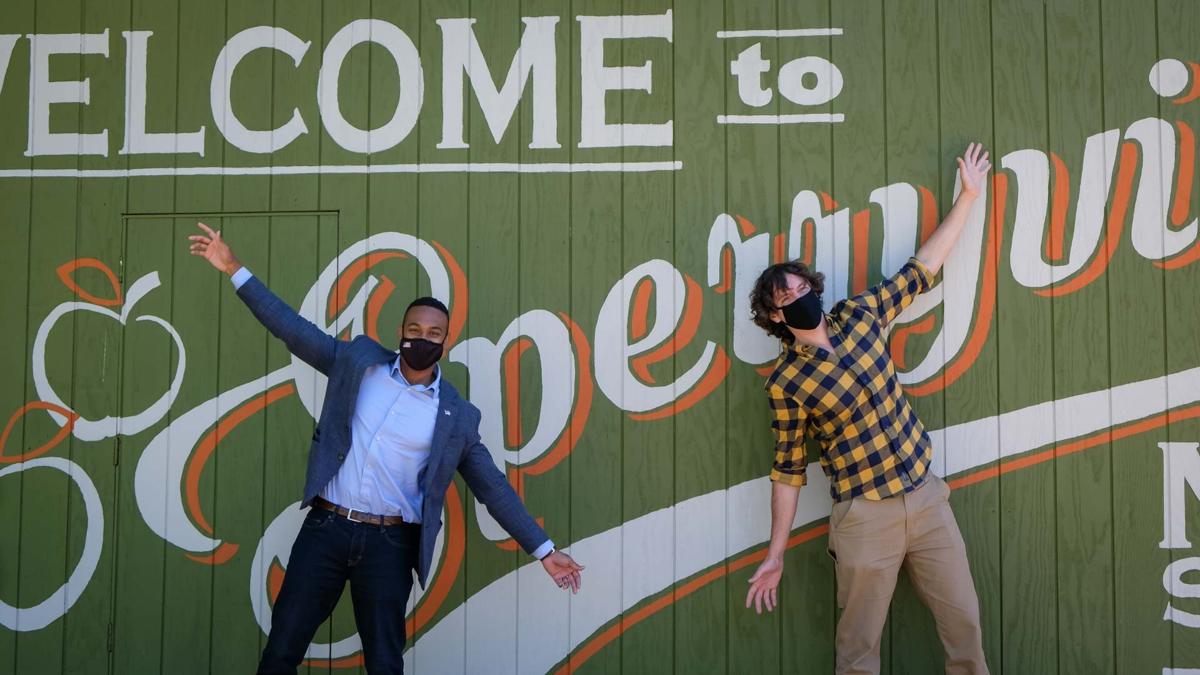 Webb poses with Robert Archer, owner of the Happy Camper, in front of Archer’s mural. 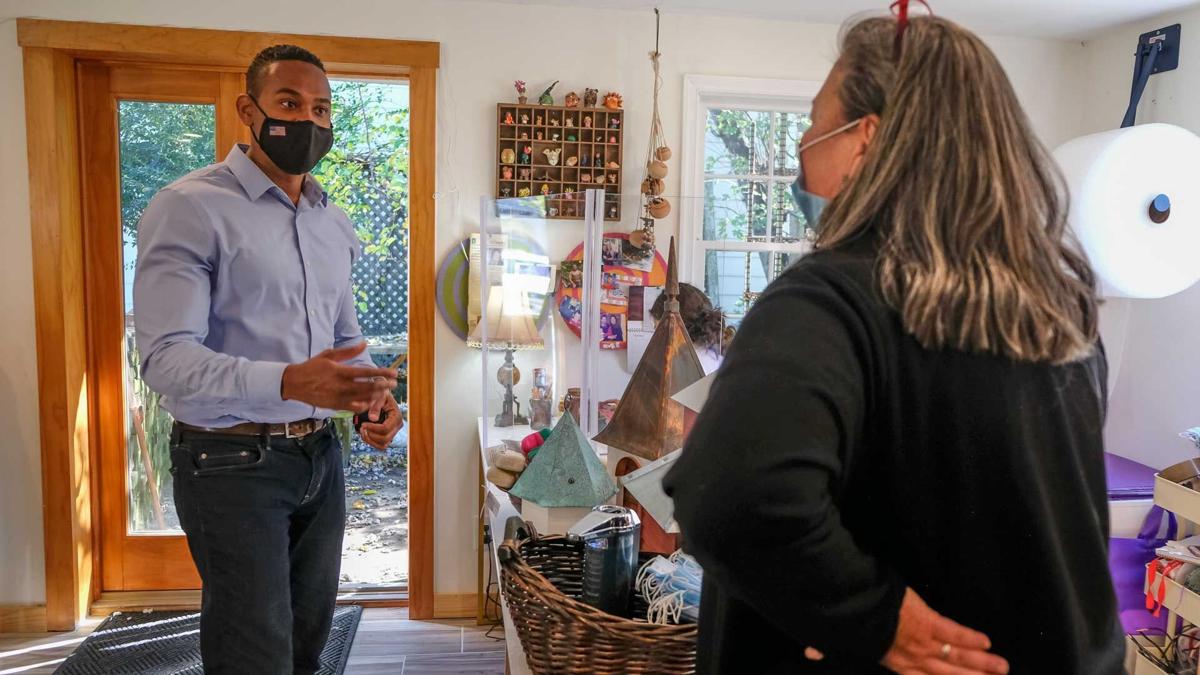 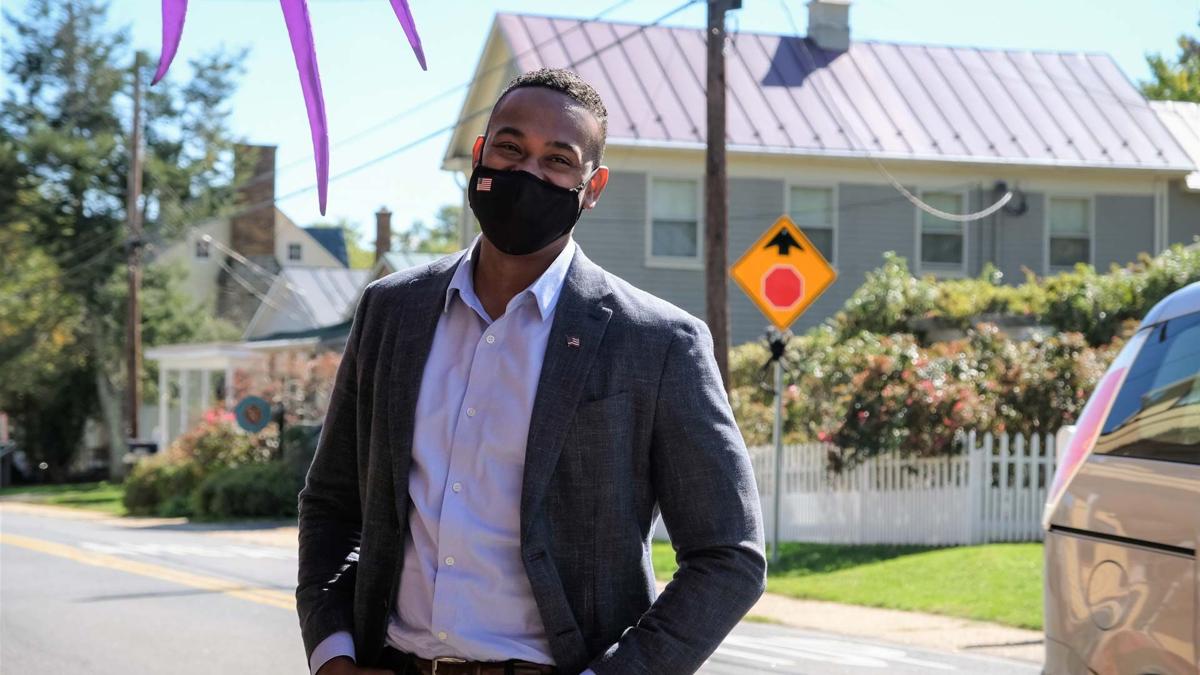 Webb looks down Main St. on the porch at Before & After.

Democratic congressional candidate Dr. Cameron Webb toured Sperryville small businesses on Saturday as part of a campaign effort to visit each of the 23 localities in the Fifth district before election day.

Former Rappahannock County Supervisor John Lesinski, who ran against Webb for the Democratic nomination earlier this year, introduced Webb to local entrepreneurs starting with a visit to Happy Camper Equipment Co. and ending at Pen Druid Brewing off Route 522.

“I’ve been asking people all over the district how things are going [during the pandemic] because hopefully when I’m in Congress in January I’ll be part of the conversation around next steps,” Webb said.

Some businesses, like Cheri Woodard Realty and Haley Fine Art, have prospered during the pandemic. As more people with jobs in D.C. are able to work from home, the real estate business in the county has boomed. And with “fewer people … traveling to Europe this year,” said Andrew Haley, “they have more disposable income to spend on art … so our artists are doing well.”

Others, like Before & After, Hopkins Ordinary and Rappahannock Pizza Kitchen have had to adapt to many different challenges facing the food and beverage industry.

Webb noted that many of the enterprises in the Fifth district that have been hit the hardest by the pandemic are those in the hospitality sector and even though some were able to receive assistance through the Paycheck Protection Program, business owners have exhausted those funds.

“Some of those [businesses] are doing their best to stay afloat because in a lot of communities they are important employers,” Webb said. “Folks are looking ahead at the pandemic that continues to move along, we are worried about an uptick in cases that may come through the fall, and we’re saying, well, what’s next?”

“My assessment is that [Congress] is behind the eight-ball,” Webb continued. “I know there’s a lot of conversation going on … but what we need to be focused on is actually delivering for people.”

Good has declined the Webb campaign’s multiple invitations for a second debate, but you can watch the first (and only) debate between the candidates on YouTube by going to https://youtu.be/hvPDoCuHIDo.