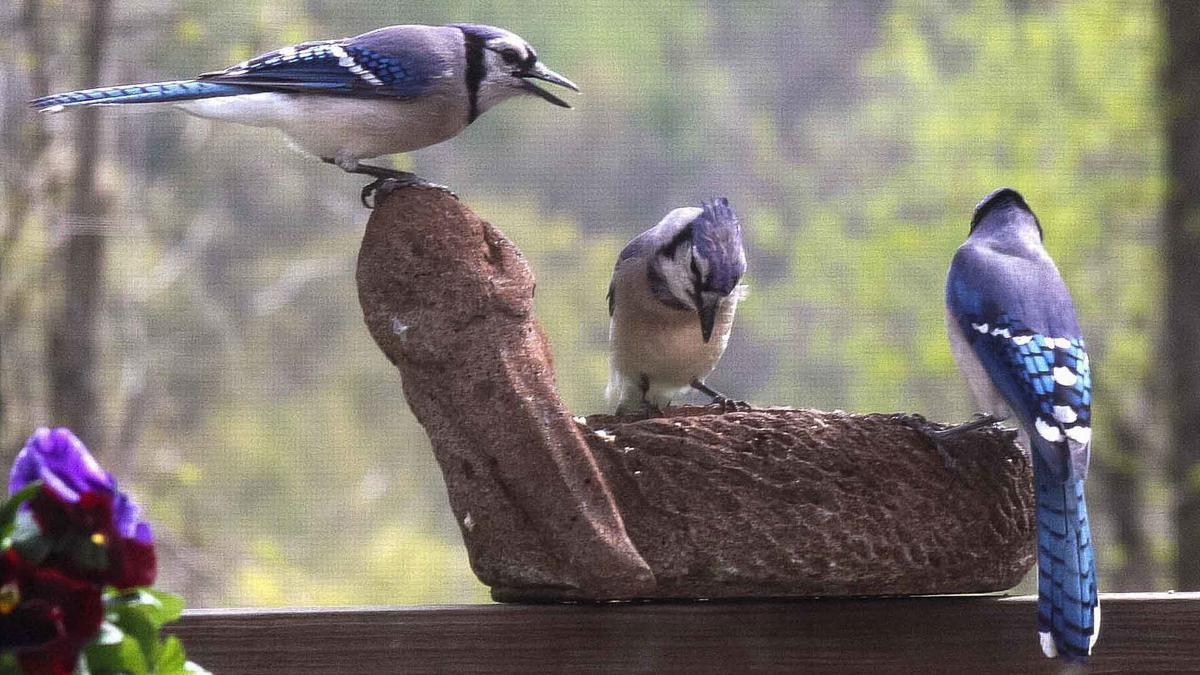 The tufted titmouse is one of the many “backyard birds” that are disappearing and is also known to contract West Nile Virus. 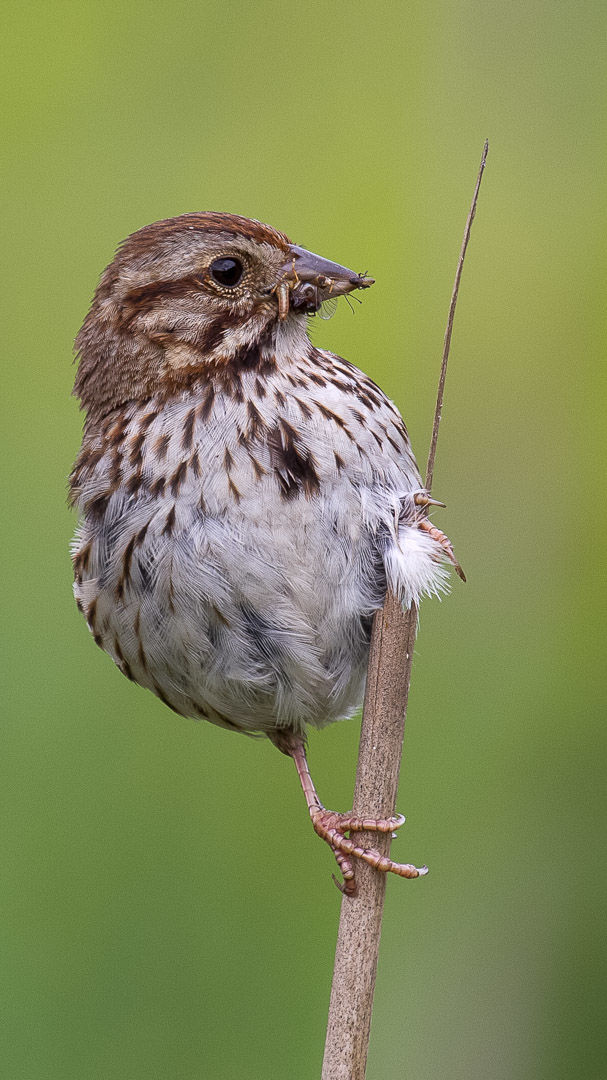 Grassland birds, such as this song sparrow, are the hardest hit among declining bird populations. 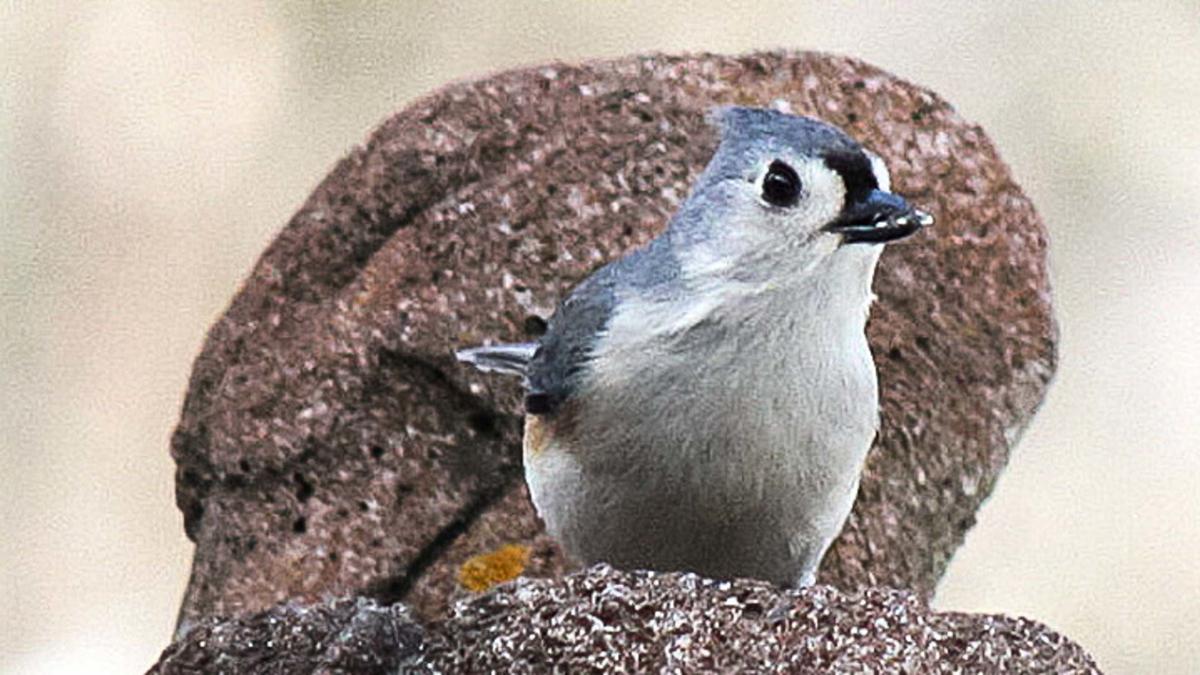 The tufted titmouse is one of the many “backyard birds” that are disappearing and is also known to contract West Nile Virus.

For years, I’ve been experiencing a growing sense of dread about the declining populations and extinctions of so many species, including birds. As I’ve compared notes with fellow conservationists and read studies about disappearing birds, the alarm bells going off inside my head are becoming deafening.

Early this year, I was beginning to hear from several sources that the tufted titmouse, a common “backyard” bird, seemed to be disappearing, and rumors of a linkage to the West Nile Virus were making the rounds. I saw only one at my feeders last winter, and since then, only heard or saw one on three occasions where I live, which is highly unusual. The titmouse frequents feeders and hangs around with cardinals and chickadees. It also serves as a forest sentry, loudly scolding intruders that enter its domain, so its absence stands out more than that of some other, quieter birds.

I had planned to write a piece for a magazine this summer on the Virginia Department of Game and Inland Fisheries’ needing help from hunters in collecting blood samples from grouse to test for WNV. With the tufted titmouse also in mind, I started dig into the research on the virus and its effect on birds.

WNV was first introduced into the Western Hemisphere in New York City in 1999. Its main vectors are mosquitoes, which spread the disease to birds and some mammals, including humans. The Centers for Disease Control and Prevention (CDC) website lists 330 bird species in which the virus had been detected from 1999- 2016. Of those, 265 are native. The National Park Service reports that the highest rates of bird disease and death from WNV occur in crows and other corvids (including crows and jays), American robins, eastern bluebirds, chickadees, house wrens and tufted titmice — all native to our area.

The good news, according to the CDC, is that “although some infected birds, especially crows and jays, frequently die of infection, most birds survive.” And while humans can contract the disease from mosquitoes, “there is no evidence that a person can get infected from handling live or dead infected birds.”

Still pondering the impact of WNV on birds, in September I received notice from the journal Science that it had just published the results of a comprehensive study by leading U.S. and Canadian ornithologists on the disappearance of birds in the two countries. Downloading the paper, I found that the researchers had evaluated the results from long-term surveys in populations of 529 bird species in the continental United States and Canada, representing 76 percent of birds that breed there.

As reported by popular media outlets and my network of contacts, the results of the study even shocked scientists: an estimated 29 percent of the total bird population studied had disappeared over the last 50 years — close to 3 billion individual birds. The decline was across all major habitats. More than 90 percent of the total cumulative loss was from 12 bird families, especially grassland birds — sparrows, warblers, blackbirds, and finches had declined by more than 53 percent.

There was some good news as well: an estimated 250 million birds in more than two dozen families had increased: turkeys and grouse, ducks and geese, raptors, gnatcatchers, vireos and 21 others. The increase of many of these species was a direct result of conservation efforts focused on them, say the researchers. But, they warn, by focusing bird conservation on saving individual species threatened with extinction and ignoring the loss of abundance within still-common species, we may be missing the point and underestimating the extent and consequences of changes in whole ecosystems.

The researchers point to no one cause for the bird decline, and don’t mention WNV. They do point to human-related factors — “habitat loss, climate change, unregulated harvest, and other forms of human-caused mortality” — as having contributed to the decline. They also say that the “thousand-fold increase in global extinctions” is likely to have “profound effects on ecosystem functioning and services.” They warn that the loss of bird abundance “signals an urgent need to address threats” in order to avoid collapse and associated loss of ecosystem integrity, function and services needed for wildlife and for humans.

As fall approached, titmice were still absent at my place. And with the warblers and other summer-breeding birds on their way south for the winter, the yard and forest became increasingly quiet. The one exception was the Carolina wren, which seem to be everywhere this year. It wasn’t until the end of October that I finally heard a sound I’d been listening for but was afraid I’d never here again — the sweet, hesitant notes of a white-throated sparrow. It always reminds me of the Christmas carol “Oh, Christmas Tree,” which is appropriate for this winter resident. It offers the one cheery sound in the otherwise mostly silent winter here. Another common backyard bird, it is the one local sparrow not on CDC’s list for WNV, but like other sparrows, their numbers are declining.

Grabbing my binoculars, I ran out onto my deck and in time to see a half-dozen white-throated sparrows. Calling nearby were two golden-crowned kinglets. Since then, these and other winter residents have been coming and going, while some summer birds, such as cedar waxwings and eastern towhees, are still migrating through to their winter quarters further south.

With her landmark book, “Silent Spring,” Rachel Carson helped turn around the decline of North America’s wild birds through a ban on DDT. But with multiple, complex issues apparently contributing to the huge decline in the past 50 years, no one fix will solve the problem. We may not be able to turn around this disaster, but we can at least help slow the decline through various strategies. I’ll explore a few of these in my next column. In the meantime, helping scientists collect more data is a good start (see sidebar).

Anyone can help with collecting data on wild birds. A good way to start is by participating in Cornell Lab of Ornithology’ annual Feederwatch project, which kicks off this Saturday (Nov. 9). All that’s required is having at least one bird feeder near vegetation, with a good view of it (even through a window), and regular collection and submission of data on who shows up, which can be done online or by mailing in forms. The project runs through April 4. Visit feederwatch.org for more information.

If Feederwatch is not a good fit, the largest citizen-science project in the word, eBird (also sponsored by Cornell Lab and partners) accepts data from anyone at any time of the year. Much of the data bird researchers use to determine population trends these days comes from eBird’s database. The data can easily be recorded and reported through the eBird phone app, or on the project’s website. For more information, visit ebird.org.

Scattered thunderstorms in the morning becoming more widespread in the afternoon. High 81F. Winds light and variable. Chance of rain 80%.